“Israel and the US will always stand together against terror” 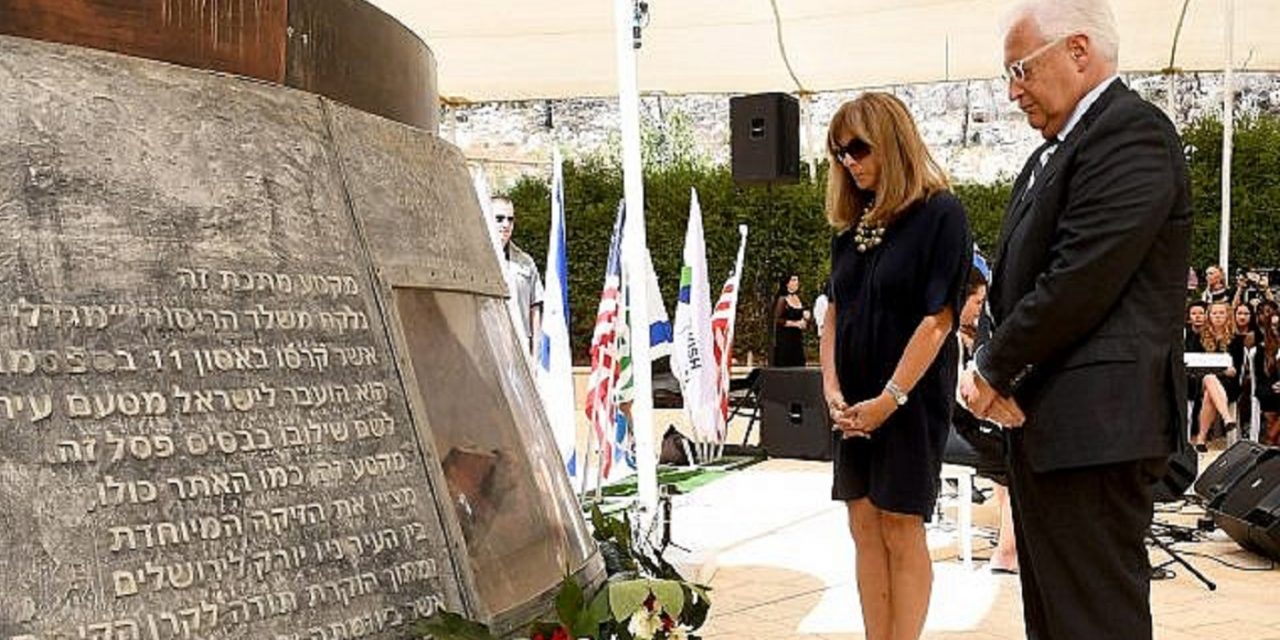 The State of Israel held an official memorial ceremony Monday for the September 11 terrorist attacks on the Twin Towers in New York City and the Pentagon in Washington DC. Today (Monday) is the 16th anniversary of the attacks, which killed nearly 3,000 people.

The ceremony was held at the the 9/11 Living Memorial Plaza in the Arazim Valley in Jerusalem, in the presence of US Ambassador to Israel David Friedman, Iowa Governor Kimberly Reynolds, Opposition Leader MK Yitzhak Herzog, JNF Director-General Amnon Ben Ami, and others.

15 delegations from the US, including 50 police officers and 40 firefighters, attended the ceremony, as did representatives of the families of the victims, ambassadors and diplomats.

Ambassador Friedman said at the ceremony that “the only nation in the world, (other than the US) to build a 9/11 memorial containing the name of each and every victim, each and every act in this tragic act, is the State of Israel.”

“Israel and the United States will always stand together and fight for the total defeat of radical Islamic terrorism.

He said that after years in which Americans mourned for deadly terrorist attacks in Israel, on September 11, “Israel mourned for America.”

“In the 16 years following the disaster in the US, Israel and its allies have strengthened and flourished, while terrorist organizations such as ISIS, Al Qaeda, and Hamas continue to weaken,” the ambassador added.

JNF Director-General Amnon Ben Ami said: “We commemorate this terrible event today in order to remember and cherish the memory of those who perished in the disaster and to convey a message, together with our partners in the US, and together with our allies in the free world: We will fight terrorism and oppression.”

MK Yitzhak Herzog said that the September 11 attacks were not just an attack on the United States, but an attack on Western values. “From here in Jerusalem, together with our allies, we must send a clear and unified message that people of different faiths and backgrounds can live side by side.”