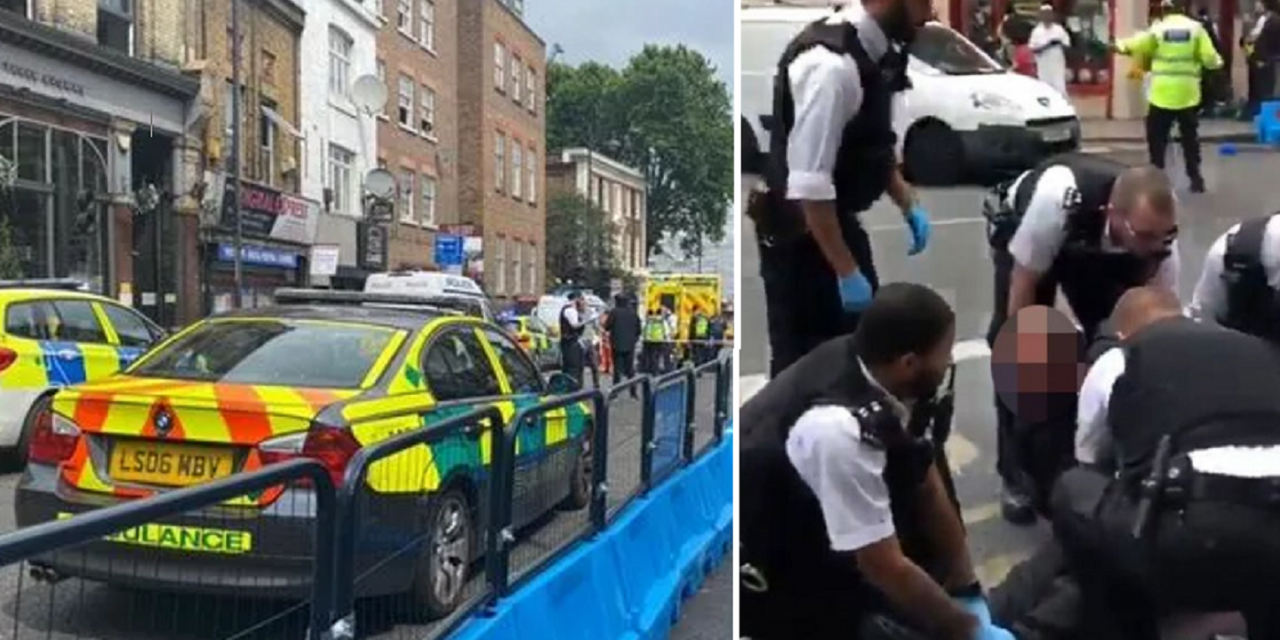 An Orthodox Jew man has been rushed to hospital after being stabbed in a London street on Friday morning.

Witnesses said the victim, who is in his 50s, was chased down Stoke Newington High Street, Hackney, by a man in his 40s carrying a large knife just before 11am. The victim, who lives in Stamford Hill, was knifed multiple times including in the head, police said, before he was tackled by local heroes.

Witnesses at the scene say members of the public including workmen and a Deliveroo driver tackled and pinned a knifeman to the floor and held him until he was arrested by police.

In a statement, Hackney Police confirmed: “At 10:54 on Friday, 12 June, police were called to reports of a male being restrained in Stoke Newington High Street, N16.

“Another man, aged in his forties, had been restrained on the floor by members of the public.

“A man aged in his forties has been arrested on suspicion of attempted murder. He has been taken to hospital after suffering what is believed to be minor head injuries.’’

Police said they were not treating the incident as terror-related, despite social media claims that the Jewish victim was the target of a hate crime.

According to his friend, the victim – who was wearing orthodox Jewish clothing – was able to talk at the scene and was believed to be in a stable condition.

But police are still awaiting an update on his status from hospital.