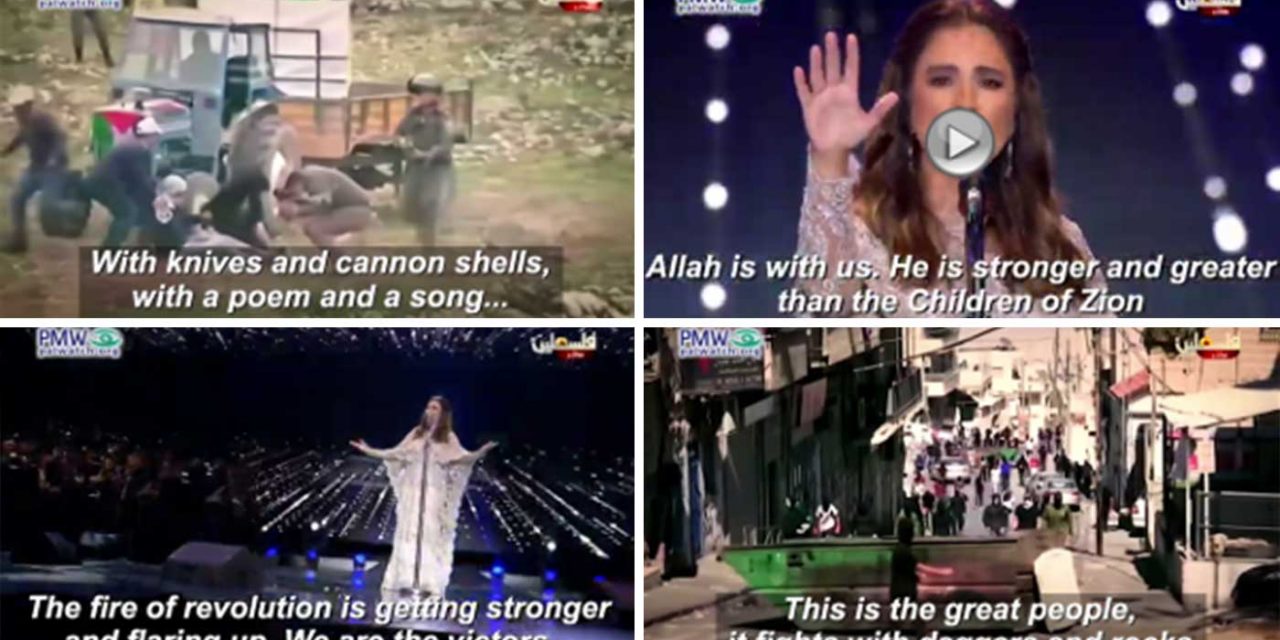 Palestinian television is continuing to incite terrorism against Israel and the Jewish people with TV programming, emotive songs and more.

The PA is actively inciting the Palestinian street to violence and terror against Israel in numerous ways. One method is by broadcasting a constant stream of music videos and fillers that demonize Israel, encourage violence, and justify terror. Israel and the Jews are said to be threatening Islam, its holy sites, and Palestinian and Muslim “honor.”

Lyrics: “Your face is Arab and will not change, and your eyes are Palestinian.
The revolution will never change its fighting identity.
You are the source of water, you are the torch
– an olive branch and a rifle…
This is the great people, it fights with daggers and rocks,
With knives and cannon shells, with a poem and a song.
The more Allah’s enemy acts tyrannically,
O Jerusalem, you will remain Arab”

As Palestinian Media Watch reported yesterday, the PA has broadcast similar songs calling for the murder of Jews in suicide bombings and stabbings to “restore honor.”

“Allah is stronger and greater than the Children of Zion”
Another song also describes the conflict as Allah’s battle against the Jews – “the -Children of Zion.” This song, “Where are the millions,” is famous for being used to motivate Palestinians to take to the streets and wage “intifada,” i.e., engage in violence and terror against Israelis…