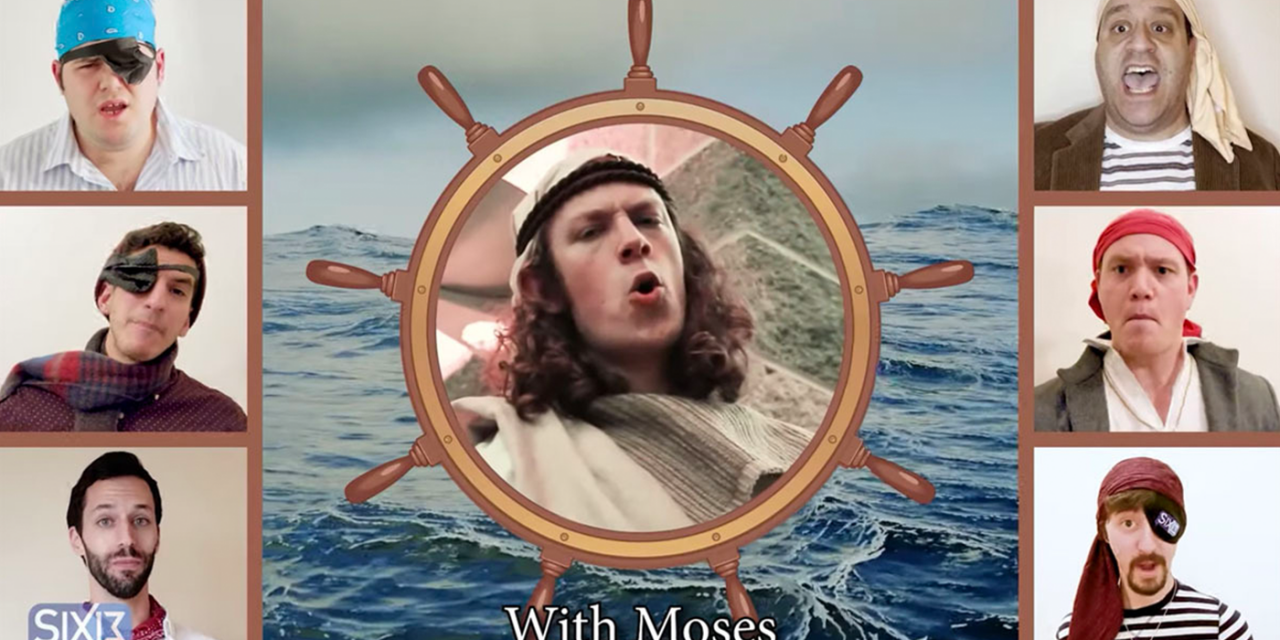 Parody songs about Jewish feasts and festivals are now a traditional part of Jewish holidays. So, we couldn’t let Passover pass(over) without sharing this Hebraic take on the popular sea shanty. Or should we say, Seder shanty?

For those of us a little out of the loop, sea shanty’s have seen an explosion of popularity after a viral video was posted to TikTok last year of a young Scottish man singing ‘The Wellerman’, a sea shanty from the 1800s.

Now a Jewish acapella group, Six13, has released a Passover parody version of the song titled “The Red Sea Shanty” which also includes other songs in the mix, “What Do We Do with the Drunken Sailor” and the theme song from “Gilligan’s Island”. The group has taken the original lyrics from the songs and shaken up to be all about Passover.

You can enjoy it for yourself below along with the full lyrics below the video:

The full lyrics to “Red Sea Shanty” by Six13 read:

There once was a time in Egypt land
The Jews were slaves in the desert sand
We cried out for an outstretched hand
Oh, let my people go

Soon may our freedom come
To bring us liberty, peace and fun
One day, when the Pharaoh’s outdone
He’ll let my people go

Brave Moses, with his shepherd’s rod
had heard the mighty voice of God
It said “tell Pharaoh, clear and strong,
to let My people go”

What shall we do with the middle matzah? (3x)
Early in the seder

Hide it away, it’s the afikoman (3x)
Early in the seder

Oy vey, let’s get some prizes (3x)
Later in the seder

Now Pharaoh’s heart was not appeased
“No Hebrew slave shall ever go free!”
But Moses said, “Let’s wait and see”
The plagues began to grow
(Oy!)

But first, before we get to that
There’s sons and questions four
Just when you think it’s almost done
there’s three hours more (2x)

So every year we celebrate
our freedom with a smile
With Moses
and Ramses II
Yocheved, the Levite
The Pharaoh’s daughter
and Aaron and Miriam
On the Egyptian Nile

Hey, lads, the seder has come
With questions asked by the youngest one
We’ll sing and have some fun
For wonders long ago
Egyptian first-born sons were lost

The Sea of Reeds we firmly crossed
They followed, but ‘twas at great cost
They all were dragged below

Hey, lads, the seder is done
We told our tale of redemption
L’shana haba’a (Next year)
b’Yerushalayim (in Jerusalem)