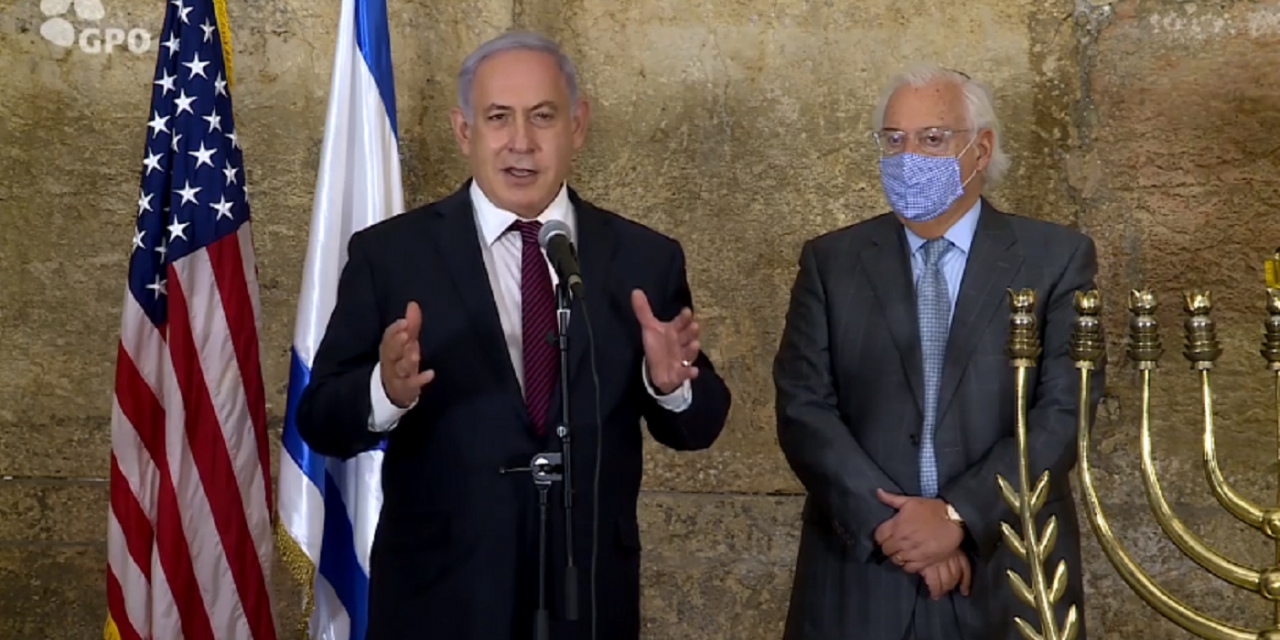 Prime Minister Benjamin Netanyahu’s thanked US President Donald Trump and the King of Morocco following the announcement of normalisation of ties between Israel and Morocco, speaking at the lighting of the menorah at the first night of Hanukkah with the participation of US Ambassador to Israel David Friedman.

“I’ve always believed that this historic day would come, I’ve always worked for it.

I want to thank, too, the King of Morocco, King Mohammed VI, for taking this historic decision to bring a historic peace between us. The people of Morocco and the Jewish people have had a warm relationship in the modern period. Everybody knows the tremendous friendship shown by the kings of Morocco and the people of Morocco to the Jewish community there. And hundreds of thousands of these Moroccan Jews came to Israel, and they form a human bridge between our two countries and our two peoples, of sympathy respect, of fondness and love. I think that this is the foundation on which we can now build this peace.

We’ll resume liaison offices quickly between Israel and Morocco and work as rapidly as possible to establish full diplomatic relations. We’ll also institute direct flights between Morocco and Israel and Israel and morocco, giving this bridge of peace an even more solid foundation. This will be a very warm peace. Peace has never – the light of peace on this Hanukkah day has never – shone brighter than today in the Middle East.”