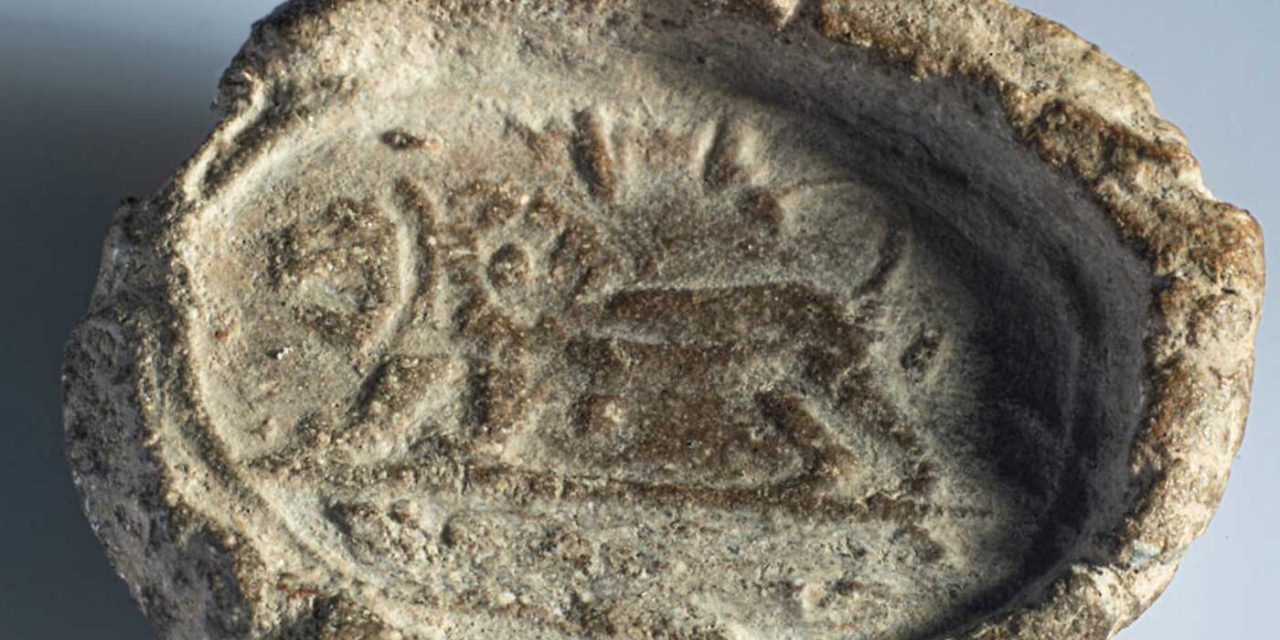 What is arguably the earliest inscribed clay seal impression from the Land of Israel — used at the court of Israelite King Jeroboam II — has been authenticated after years of strict laboratory testing under the supervision of Ben-Gurion University Prof. Yuval Goren. The inscribed clay, known as a bulla, was purchased without provenance from a Bedouin antiquities merchant in the 1980s and is now thought to be from Jeroboam II’s 8th century BCE reign.

“This bulla is one of the earliest, if not the earliest, inscribed bulla in the Land of Israel,” Goren told The Times of Israel ahead of the publication of a scientific study in Hebrew in a special edition of the Eretz Yisrael journal dedicated to epigrapher Ada Yardeni. It will later appear in English in the Israel Exploration Journal.

The oval bulla is almost identical to a rare — and now lost — much larger jasper stone seal that was found in 1904 by an archaeological excavation at Tel Megiddo led by Gottlieb Schumacher. Both the remarkable lost seal and the newly authenticated seal impression are adorned by a roaring lion that stands with his tail raised, over which is a paleo-Hebrew inscription, “l’Shema eved Yerov’am” (Belonging to Shema the servant/minister of Jeroboam). Jeroboam II is historically understood to have ruled from 788 BCE to 748 BCE.

The bulla has only a partial impression of the inscription, but Goren said it is clearly the same as what was incised on the jasper seal. The fact that the royal seal came in varied sizes is noteworthy and novel to this study, according to a Ben-Gurion University press release.