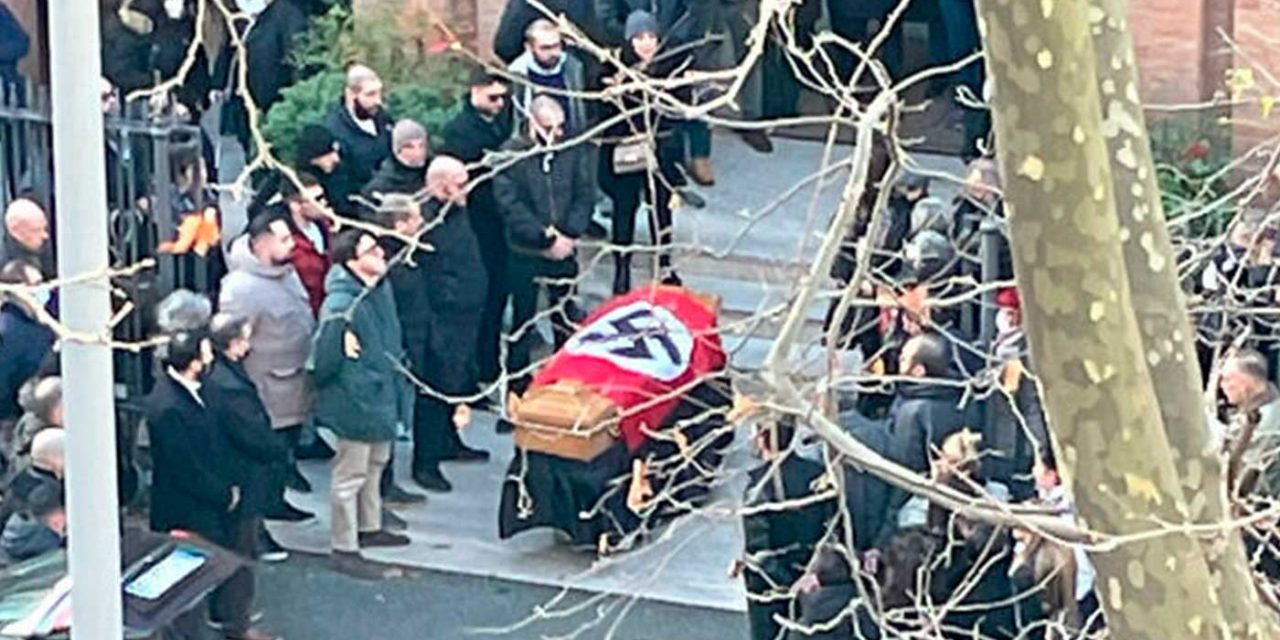 The local Jewish community and Catholic Church in Rome on Tuesday strongly condemned as “offensive and unacceptable” a funeral procession outside a local church in which the casket was draped in a Nazi flag and mourners gave the fascist salute.

Photos and video of the scene outside St. Lucia church following the Monday funeral service were published by the Italian online news portal Open. They showed around two dozen people gathered outside the church as the swastika-draped casket emerged, shouting “Presente!” (“Present!”) with their right arm extended in the fascist salute.

In a statement Tuesday, the Vicariate of Rome strongly condemned the scene and stressed that neither the parish priest, nor the priest who celebrated the funeral, knew what was going to transpire outside after the funeral Mass ended.

It called the swastika-emblazoned Nazi flag “a horrendous symbol irreconcilable with Christianity.”

“This ideological and violent exploitation, especially following an act of worship near a sacred place, remains serious, offensive and unacceptable for the church community of Rome and for all people of good will in our city,” it said.