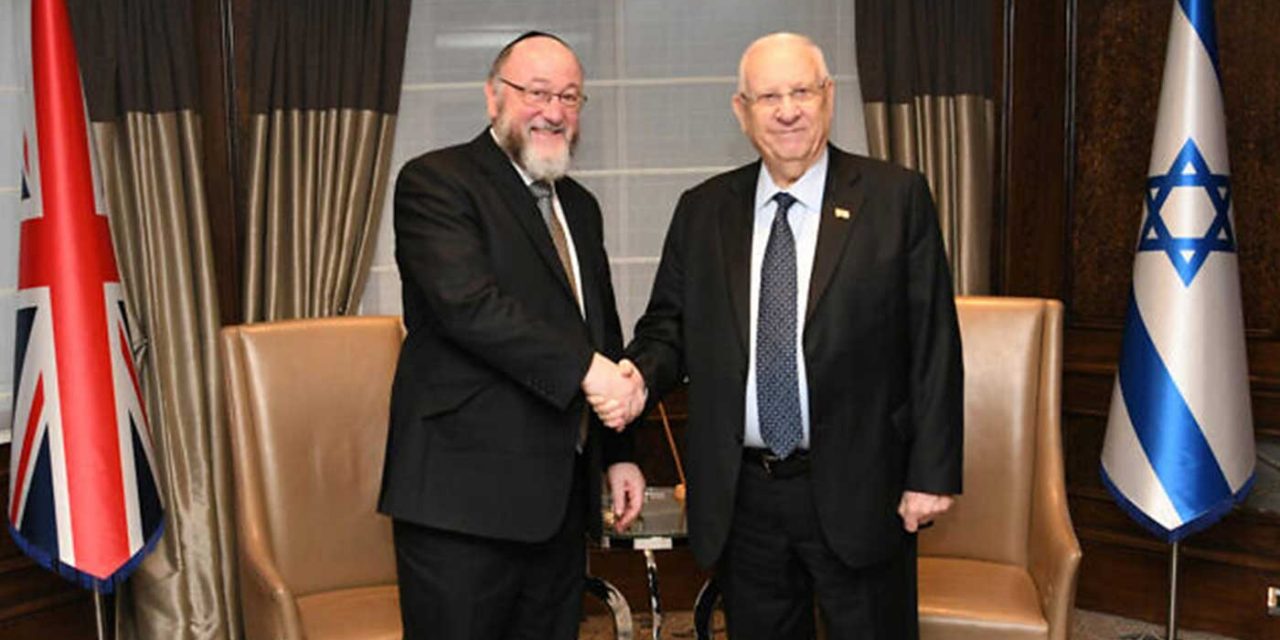 President Reuven Rivlin on Wednesday met with UK Chief Rabbi Ephraim Mirvis in London, days after the British religious leader took an unprecedented stand against anti-Semitism in the UK Labour party and sparked a fresh outcry against the party’s leader, Jeremy Corbyn.

Mirvis in a Monday column in The Times urged voters to see the “new poison” of anti-Semitism that has taken root in the main opposition party, and expressed fear for the fate of Jews in the country should Corbyn become prime minister.

Rivlin expressed support for Mirvis’s “inspiring” work during the meeting.

“Your clear voice and leadership, particularly in the last few days, fills us all with pride,” Rivlin said.