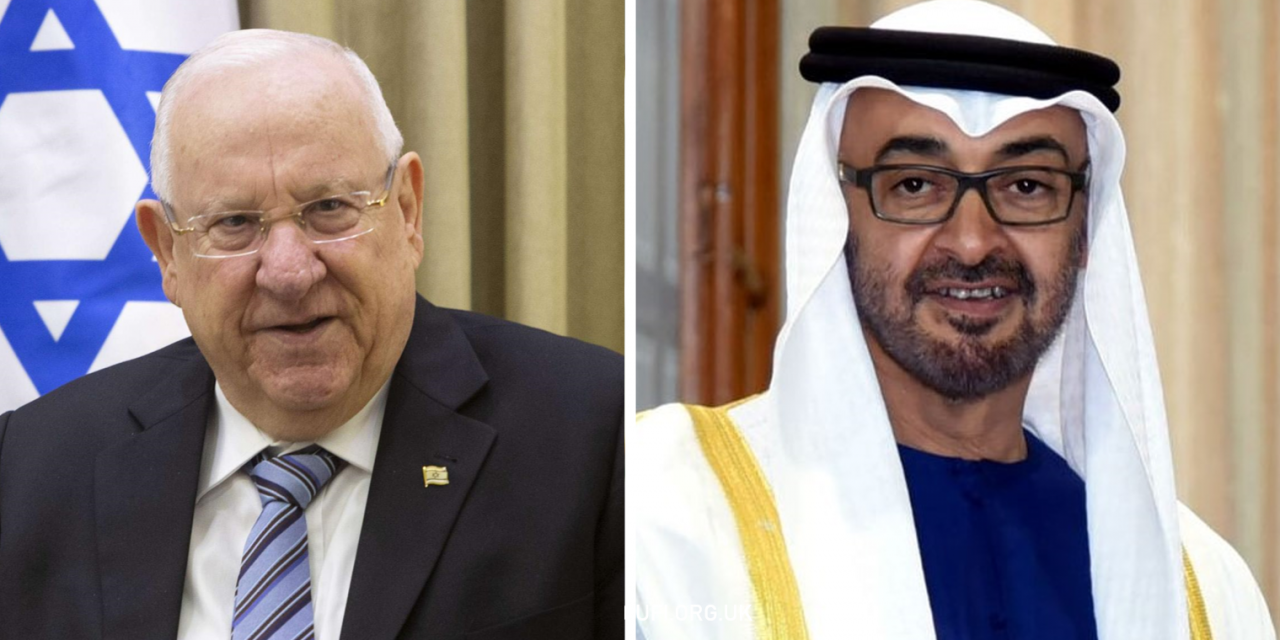 President Reuven Rivlin on Monday sent a message to UAE Crown Prince Mohammed bin Zayed to congratulate him on an emotionally exciting agreement between their two countries following last week’s announcement of normalisation of ties between Israel and the UAE.

In his message Rivlin lauded the prince for a courageous, visionary, ground-breaking move, which Rivlin anticipated will have far reaching results that will affect the region as a whole.

Rivlin expressed the hope that this new development would lead to the strengthening of mutual trust and greater understanding between the nations of the region and Israel, which in turn would bring about prosperity and stability to all the people’s of the Middle East.

Rivlin wrote that he had no doubt that future generations would value the manner in which two courageous leaders have renewed the dialogue for peace.

In his own name and in that of the People of Israel, Rivlin invited the Crown Prince to visit Israel and its capital Jerusalem as an honored guest.

I sent a letter to Crown Prince @MohamedBinZayed and invited him to visit Jerusalem. I am hopeful that the agreement between our countries will help build and strengthen the trust between us and the peoples of the region, bring economic benefit and regional stability. pic.twitter.com/swz50lJUmT