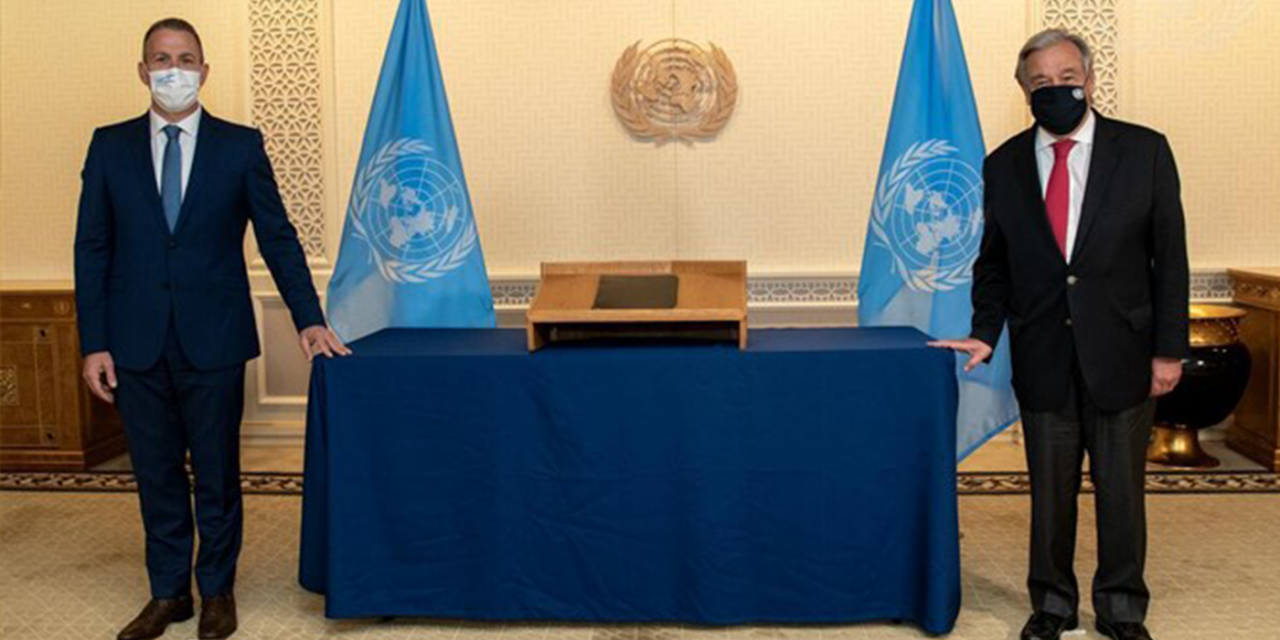 Following an official ceremony, the two met for consultations, where Ambassador Erdan raised with the Secretary-General several issues for the UN to address.

Ambassador Erdan highlighted to the Secretary-General the ongoing systematic bias displayed against Israel in UN bodies, particularly in the activities of organizations such as UNRWA that perpetuate the conflict and serve as a huge barrier to any future political process.

He also discussed Israeli soldiers and civilians held captive by Hamas, calling on the Secretary-General to facilitate Red Cross access and assist in all efforts to secure their release. Hamas, an internationally designated terrorist organization, continues to hold the remains of two Israeli soldiers kidnapped in 2014 – one of them, Hadar Goldin, was taken during a UN mediated ceasefire – and two civilians.

Ambassador Erdan said he intends to combat these endemic issues during his tenure and hopes to translate the recent peace agreements signed between Israel and three Arab countries into improved cooperation at the UN.