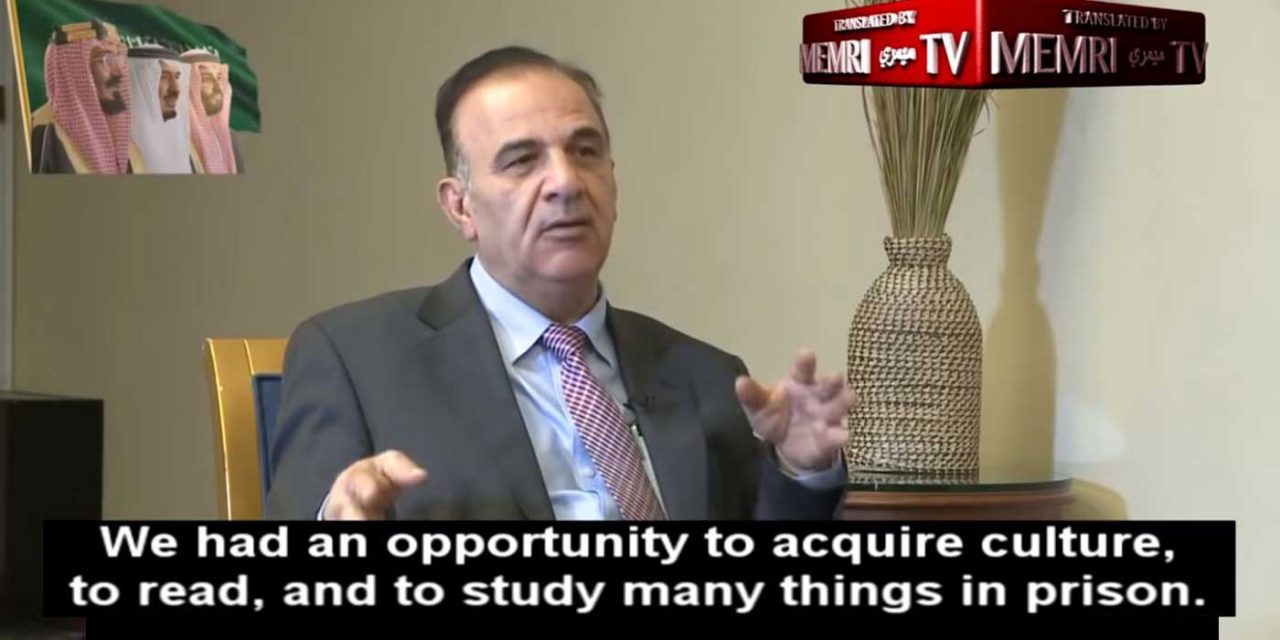 A Jordanian journalist who was imprisoned in Israel has said he is “ashamed” at the comparison between Israeli prisons and the prisons of Arab countries.

Yousef Alawnah, who previously spent 30 months in an Israeli prison for smuggling explosives, told Saudi 24 it was like being incarcerated in an “institute of education,” where inmates were given “an opportunity to acquire culture, to read and to study many things.”

“I am ashamed by [the comparison] between Israeli and Arab prisons,” he said in the June 12 interview, translated this week by the Middle East Media Research Institute.

Alawnah was particularly impressed with the extensive prison libraries in Israel; he told the interviewer they also had books in Arabic.

“They have all the important books, history books, books against Israel and against Zionism… Even Hitler’s Mein Kampf is there,” he said.

Alawnah — who MEMRI said wrote for the Kuwaiti press for many years but was deported two years ago after criticizing Iraq-based Iranian-born Shiite leader Ayatollah Ali Al-Sistani — went on to say that political prisoners in other parts of the Middle East, especially in Syria, are certainly not afforded such luxuries.

“The prisoners held in the dungeons of the Syrian regime… Do you think that they have books?”

Interestingly, a number of Palestinian leaders who were former terrorists actually earned their degrees whilst in Israeli prisons. This is hardly the harsh environment that the mainstream media and anti-Israel activists try to paint.

In Alawnah’s interview, he also criticized the Arab world for the widespread violence in the region, saying the Jewish state has not caused as many deaths as Iran has in recent years.

“Consider what the Arabs have done to one another. If the Jews occupied Syria or Iraq, would they do all those things?” he said. “Have the Jews killed as many Syrians, Palestinians, Egyptians, Jordanians, Lebanese, and others as Iran’s militias killed in Mosul or in Aleppo? No.”