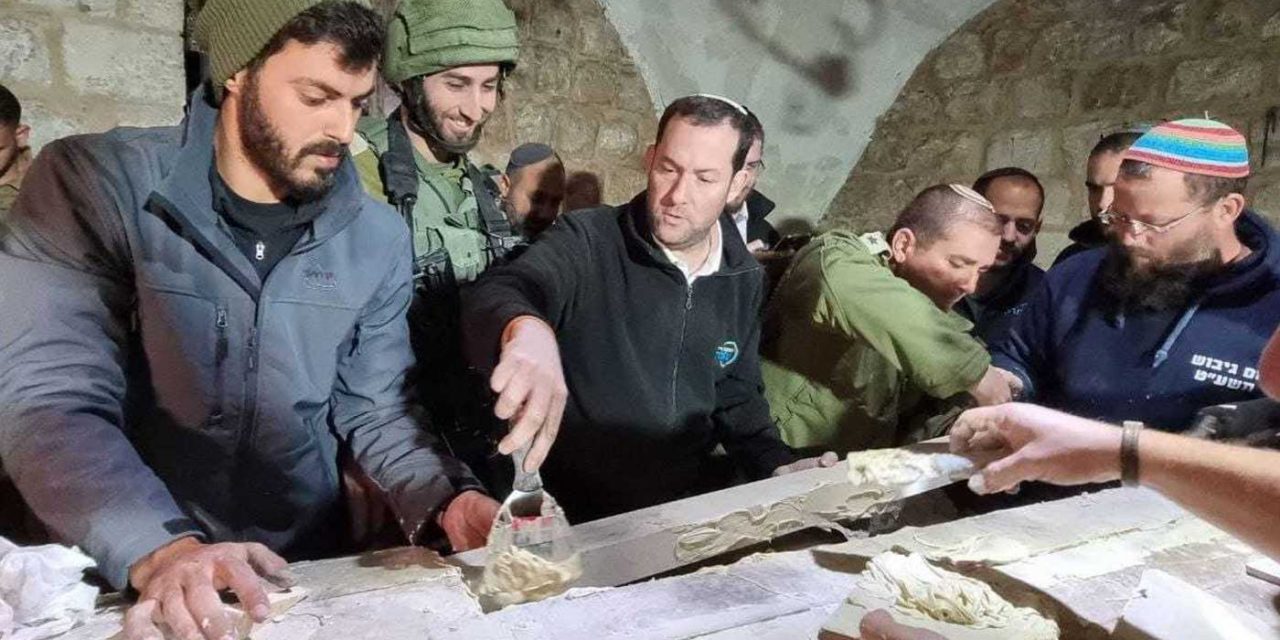 Jewish residents of Samaria have restored the damaged Tomb of Joseph after it was vandalised earlier this week by Palestinian rioters.

The tomb, believed to house the remains of the Biblical figure Joseph (Genesis 37, 39-45). It is seen by some Jews as the third holiest site in Judaism.

On Wednesday morning, several construction teams arrived at the Nablus site, accompanied by Israeli military forces from the Samaria Brigade. It was coordinated in advance with the Civil Administration, which is overseeing the operation.

Upon entering the vandalized site, the teams witnessed for the first time the scope of the damage caused on consecutive nights of vandalism. Areas of the tomb were charred and the headstone was heavily damaged.

Besides restoring the damaged sections of the tomb, the teams were repainting the site’s charred walls, replacing the windows in the complex, and installing new plumbing and electricity system

Yossi Dagan, head of the Samaria Regional Council, who oversaw the restoration, said the Israeli military should reclaim control over the site to protect it.

“We arrived here early this morning and are working to restore the honor of Joseph the Righteous and of the people of Israel. The IDF and Israeli security forces have my full support and appreciation… We are here to restore and promise that we will never leave or disperse. I demand that the government reinstate military presence at the site,” he said.

Shamefully, as the Jewish workers entered the site they were attacked by Palestinian rioters who threw rocks at the Israeli vehicles.

The Palestinian Red Crescent ambulance service reported that 31 Palestinians were hurt in clashes with Israeli forces near the site that morning. The Palestinian Authority’s health ministry later said one of them had died.

Wednesday’s daytime operation in Joseph’s Tomb was the first of its kind since former prime minister Ehud Barak handed over control of the site in 2000 to the Palestinian police, which pledged to keep the shrine’s integrity and prevent any damage to it (something they have clearly failed to do).

In previous times when Palestinians have damaged the site, such as in 2010 and 2015, the works to repair the site were carried out under cover of darkness “to avoid unnecessary clashes with Palestinians in the area”

It’s quite shocking to think about this. That Palestinians would be so offended by Jews attending a holy site that they would be drawn to violence. However, that is the hatred Israel is dealing with.

On Monday, two Jewish Israelis were shot by a Palestinian after they attempted to access the site and repair the damage themselves without a security escort. They managed to escape, along with the group they were with, to a nearby Israeli checkpoint. It shows it is not safe for Jews in Palestinian controlled areas.

Conversly, all holy sites for Muslims, Christians and Jews are protected inside Israeli territory.

Why did Joseph ask for his bones to be returned to the land of Canaan?

Firstly, it was because despite being a leader of Egypt, his heart was set on the Land promised to his forefathers and their descendants.

Secondly, it was because in profound FAITH, he could foresee that the day would come that the Jewish people would leave Egypt and return to their ancestral homeland.

Today the Tomb of Joseph isn’t just an archaeological interest, it is a reminder to Jews and Christians and the whole world that the Jewish people are back in Land of Israel. Am Yisrael Chai!

“By faith Joseph, when he was dying, made mention of the departure of the children of Israel, and gave instructions concerning his bones.” Hebrews 11:22