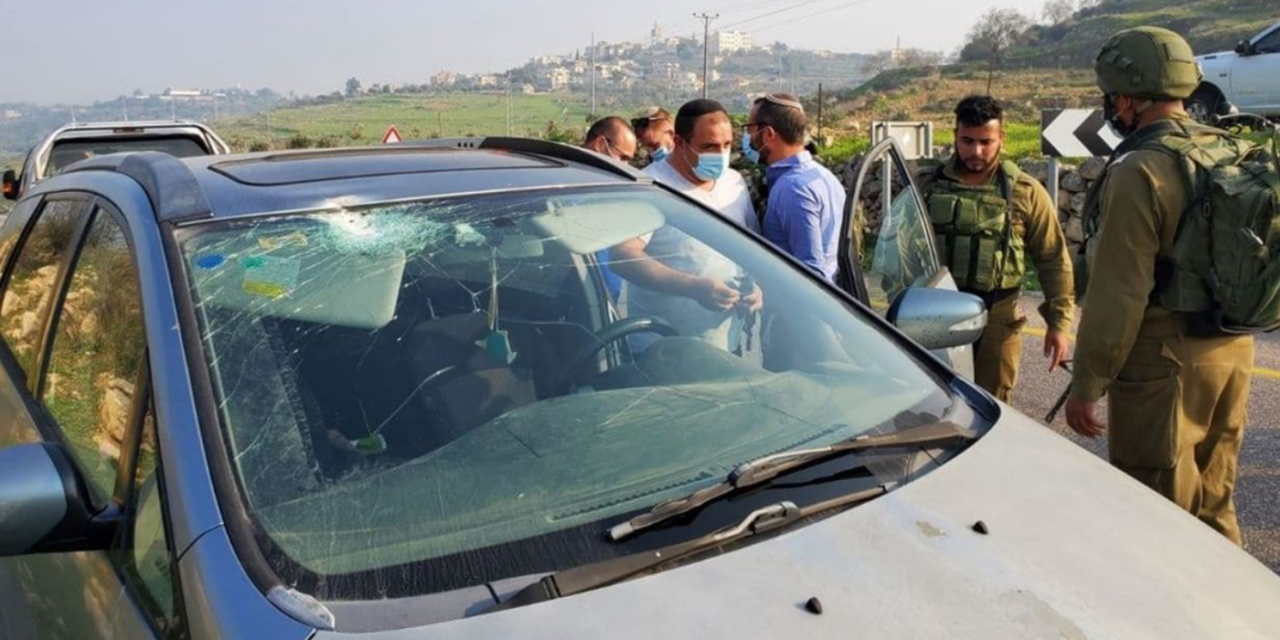 An Israeli woman in her 30s suffered serious injuries on Sunday when the car in which she was travelling came under a stone attack in the central West Bank.

The woman, Rivka Teitel, a resident of Shvut Rahel, was seriously injured when two groups of terrorists attacked her vehicle as she drove past the entrance to Deir Nizam.

One group of terrorists reportedly blocked the road, while the other hurled rocks at the car. Teitel was hit in the head during the attack, and the car’s windows were smashed.

An IDF spokesperson announced Sunday evening that a number of suspected terrorists were arrested in a joint operation by the IDF and Shin Bet internal security agency.

“In a joint operation of the IDF and Shin Bet, a number of suspects wanted in the stone-throwing attack were arrested,” the spokesperson said.

“As part of a wide-ranging operation by IDF forces based on information from the Shin Bet, a number of suspects in the village of Deir Nizam in the Efraim district were arrested for carrying out the stone-throwing terror attack in which a civilian was seriously injured earlier today.”

“The suspects have been transferred to the Shin Bet for questioning.”

“IDF soldiers are continuing to operate in the area and in the village of Deir Nizam until the capture operation and investigation are complete, therefore the roadblocks are still in place.”