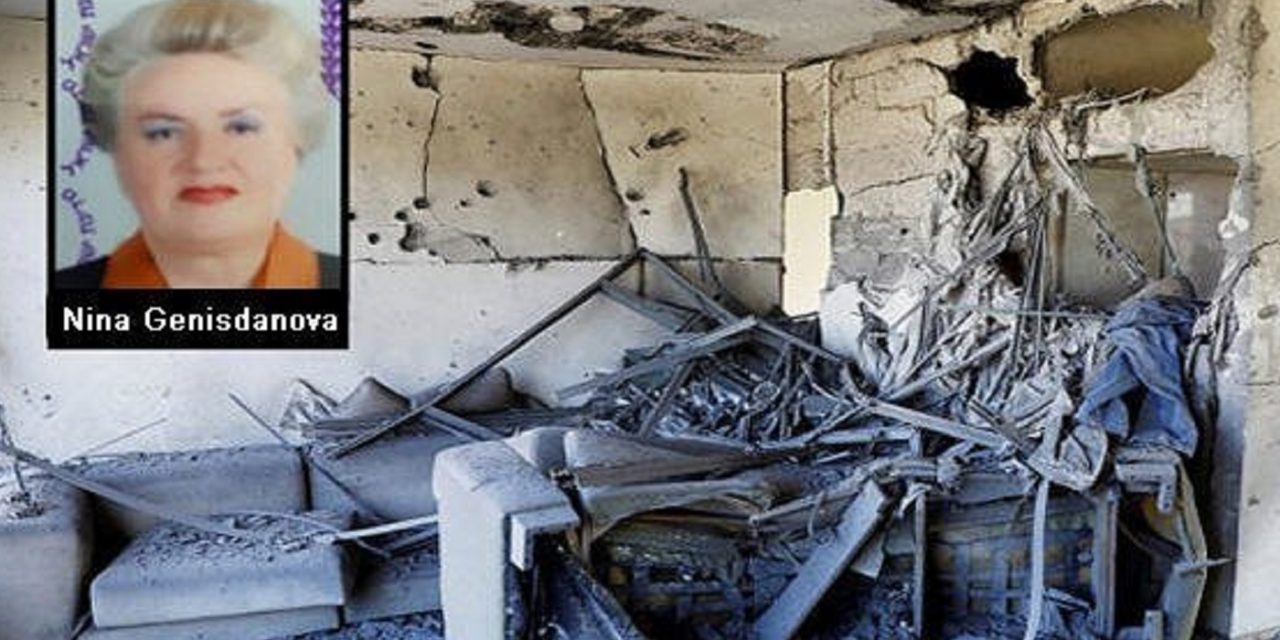 An Israeli woman wounded by Palestinian rocket fire from the Gaza Strip in November 2018 has died from her injuries, officials said Monday.

Nina was in a four-story building that took a direct hit from a rocket, killing two others.

The southern coastal city of Ashkelon, where she lived, announced the death of Nina Genisdanova in a statement. Israeli media said she was 74 and died last week.

Around 460 rockets and mortar rounds were fired from terrorists in Gaza during the attack, wounding 27 people in Israel, three of them severely.