Israeli tech is helping divers in the Thailand cave rescue 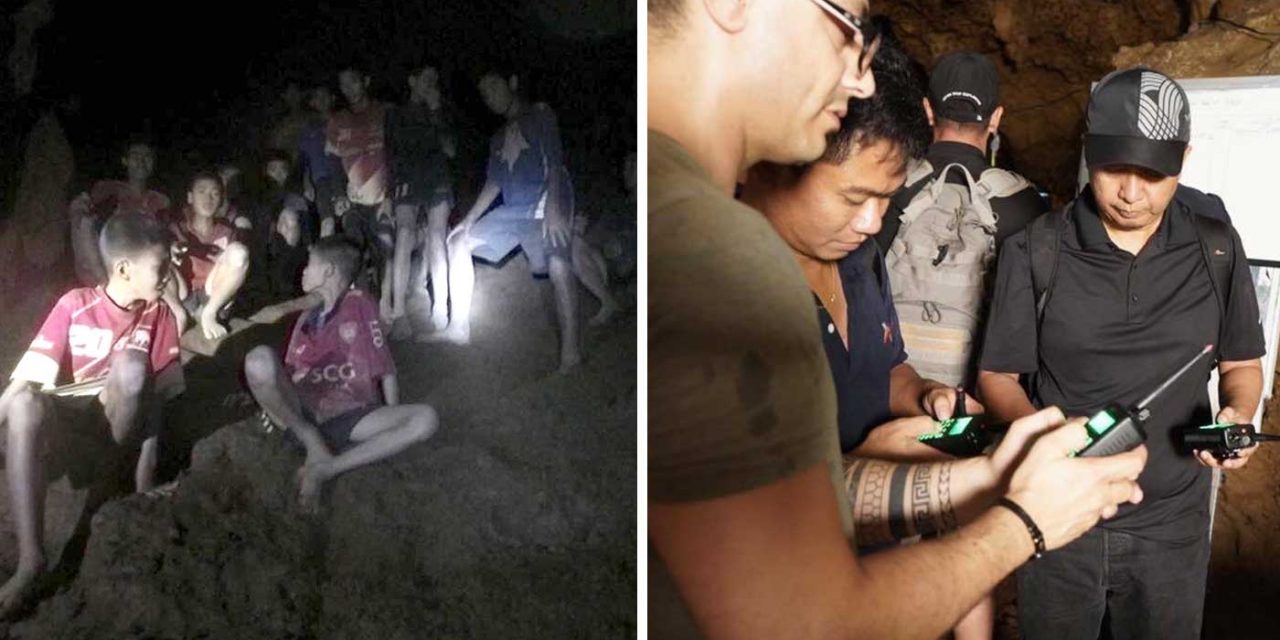 The story of 12 young Thai footballers trapped in a cave with their coach has captured the world’s attention. The boys’ plight has not only made headlines globally but also prompted hundreds of skilled professionals from around the world to help in the operation and some Israeli ingenuity.

This is truly an international operation. Two British divers were the first to locate the boys and teams Australia, Israel, China, and other countries have been instrumental in their efforts alongside Thai rescuers.

The rescuers are also being helped by Israeli made communication devices that were flown directly from Israel to the cave and have enabled rescue teams to communicate underground.

Asaf Zmirly, an Israeli who lives in Thailand and owns a rescue company had his team on site early on in the operation. Seeing how the rescue teams struggling with communication, Zmirly contacted his friend Uzi Hunani, CEO of Israeli company Maxtech, and asked for help.

“Without much hesitation, I took the crew, said there was an incident and that someone needs to go to Thailand,” Hanuni said. “I got the license to take the communications devices out of Israel, and one of the employees volunteered to fly with them that same day. On the next day he arrived at the scene, sat down with Asaf and they began the rescue.”

Hanuni said his team was the only one to introduce working technology into the rescue efforts, as the complicated nature of the area – about 10 kilometres large – is not conducive to communication.

“We understood that the only way for those rescue forces to enter this cave is using resilient and good communication that can survive this tough environment,” he also told ILTV in an interview Sunday.

The Thai rescue team was desperate to get hold of these communication devices.

“Actually, the Thai Navy SEALS approached us a week ago and asked to buy our services,” Maxtech CEO and founder Uzi Hanuni told NoCamels. “They were willing to pay any amount just for the devices. We told them we are not willing to sell, we will provide what is needed. It’s called, ‘[Cast] your bread over the water,” he says, referring to a Bible passage from the Book of Ecclesiastes which is believed to mean that one should be ready to do good, even if no immediate reward is expected.

On Monday, 2 July, the team of 12 boys, ages 11 to 16, and their 25-year old coach were found alive, trapped over the past nine days in a partially flooded cave in the northern region of Chiang Rai.

Two British divers, John Volanthen and Richard Stanton were the first to reach the boys.

Thai people will never forget you thank you for everthing you are hero for Thai people 😊 #13ชีวิตต้องรอด #13ชีวิตรอดแล้ว #ถํ้าหลวง pic.twitter.com/x98o8JR8BU

The two amateur but experienced British cave divers, regarded as some of the best in the world, made a dangerous six-hour round trip to reach the team, who were weak having gone without food for 10 days. The rescuers had to pull themselves along the wall of the caves to brace against the strong currents.

Richard Stanton and John ­Volanthen used specialist diving techniques and risked their own safety to tackle the 2km labyrinth.

Here is the moment they discovered boys:

Tham Luang Nang Non cave in Chiang Rai province stretches under a mountainside for up to 10 kilometers (6 miles).

The British Cave Rescue Council, which the British divers are members of, estimates the boys are around 1.2 miles (2 km) into the cave and around 800 meters (half a mile) below the surface.

The mission to extract the boys from the cave is underway. Thailand’s military said on Tuesday that it could take months to bring them to the surface as the region’s rainy season begins and water levels rise.

Rescue teams have delivered high protein food to those trapped and are considering if they should deliver up to four months worth of food to them along with other supplies. One of the meals delivered was grilled pork, sticky rice and milk.

Seven members of Thailand’s navy seals are now staying with the boys, including a doctor and a nurse. The medics have committed to stay with the children for the whole time they are trapped.

Rescue teams have set up a guide-rope system from the cave’s entrance to the boys so rescue teams can navigate the flooded cave much easier.

The pressure is not off the team, however, as there are fears that water could rise as heavy rains are expected within days. The children are still in real danger and an attempt to rescue them may take place in the coming days.

We need to lift these boys, their coach and the rescuers in prayer.

Let’s pray they will make it out of this cave safely.