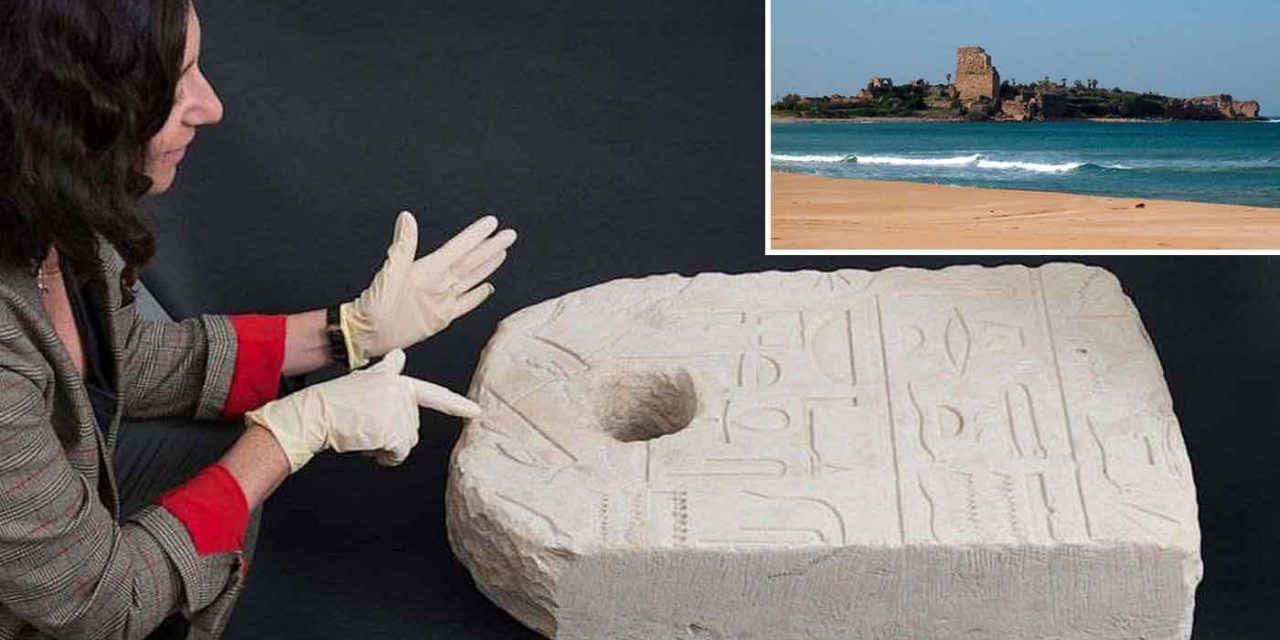 A 3,400-year-old inscribed Egyptian anchor uncovered in Israel is on display for the first time at the Israel Museum in Jerusalem in the exhibition Emoglyphs: Picture-Writing from Hieroglyphs to the Emoji.

As reported by Haaretz, the artefact was spotted by chance by an Israeli veterinarian swimming off the shores of Atlit, south of Haifa.

“I saw it, kept on swimming for a few meters, then realized what I had seen and dived to touch it,” Rafi Bahalul told Haaretz. “It was like entering an Egyptian temple at the bottom of the Mediterranean.”

Recovered in January last year, the artefact features images and decorations, as well as hieroglyphs.

Jacob Sharvit, head of the Israel Antiquities Authority maritime archaeology unit, which was contacted by Bahalul after the discovery, explained that the site was already known to the archaeologists and other objects were previously found in the same premises.

“Sometimes the sea does our job for us, and fortunately a member of the public saw it and alerted us,” he said.