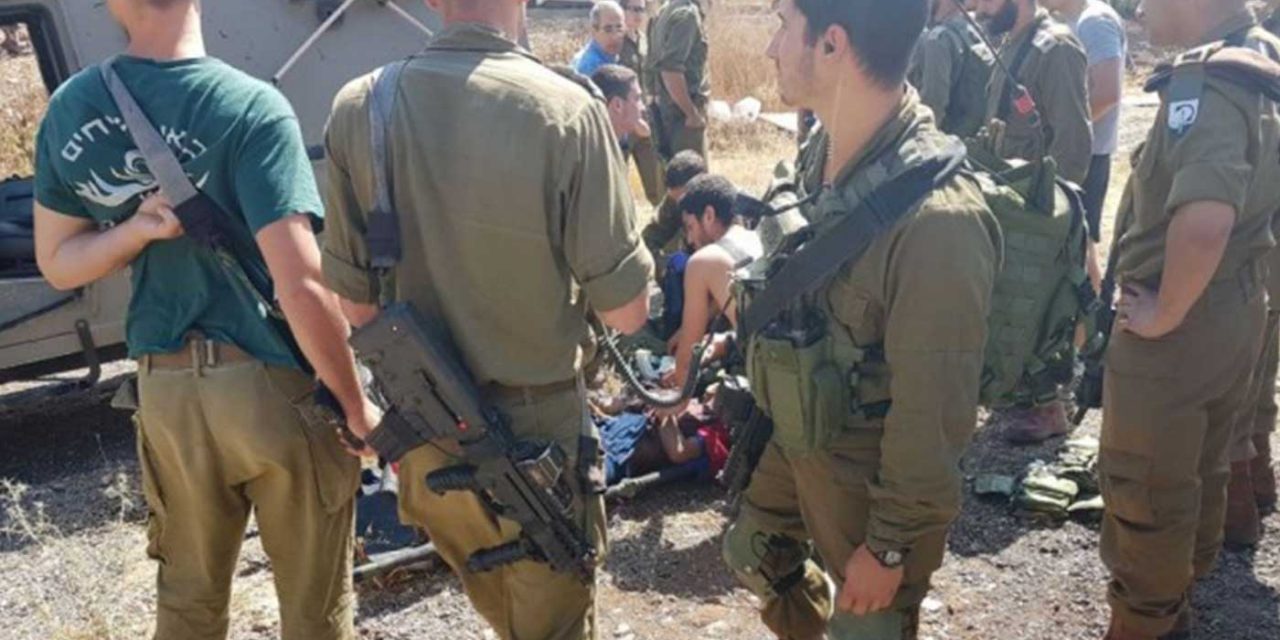 A Palestinian woman stabbed an IDF soldier, lightly injuring him, as he guarded the gate of a northern West Bank settlement on Thursday morning, the army said.

The other soldiers on the scene shot the female assailant, critically wounding her. The picture above shows IDF medics trying to save the woman’s life, but she succumbed to her wounds shortly after.

The stabbing attack occurred shortly before 9:30 a.m., outside the Mevo Dotan settlement in the northern West Bank’s Samaria region, the army said.

Closed circuit video footage from the settlement shows the assailant walking calmly up to the front gate, before she goes out of frame. A few moments later, she can be seen running from the scene with one uniformed soldier and an armed off-duty soldier in pursuit.

The moment the assailant was shot does not appear in the footage.

The soldier, who is approximately 20 years old, was taken to Hadera’s Hillel Yaffe hospital for treatment, Magen David Adom said.

He suffered a stab wound to the upper body, medics said.