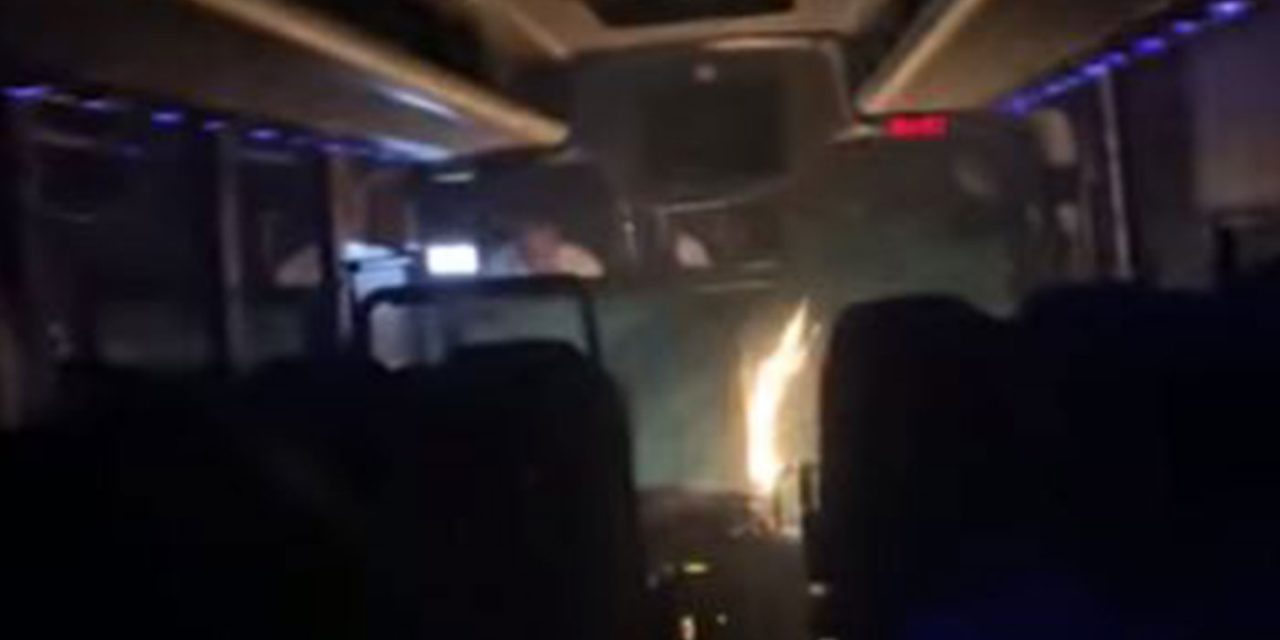 A bus carrying students from a girls’ religious high school back home after Shabbat was hit by a firebomb Saturday night, setting the vehicle on fire.

The incident occurred after the bus dropped off several girls from the Oriyah Ulpana school at Pnei Kedem, an Israeli town northwest of Hevron, in Judea, south of Jerusalem.

The attack left the bus damaged, with four passengers treated for shock.

“There were female students from Oriyah on the bus returning home from a Shabbat in Neve Tzuf [Halamish]. Last night, IDF forces began searches for the terrorists, and members of the regional council’s psychology staff are in touch with the girls and their families.”

Neeman called on the government to ensure that the terrorists responsible be brought to justice, while expressing concern that the Israeli judiciary would not treat the attack as a case of attempted murder, giving the terrorists lenient sentences if caught.

“On one hand we have faith in our security forces to hunt down the terrorists, but on the other hand it’s hard to believe that true justice will be served as our court system does not view these types of incidents as attempted murder. We demand that the IDF, government, and even more so our judicial system act strongly against these types of attacks. We will not accept the rock throwing and firebomb attacks on the roads targeting the Jews of Judea and Samaria.”