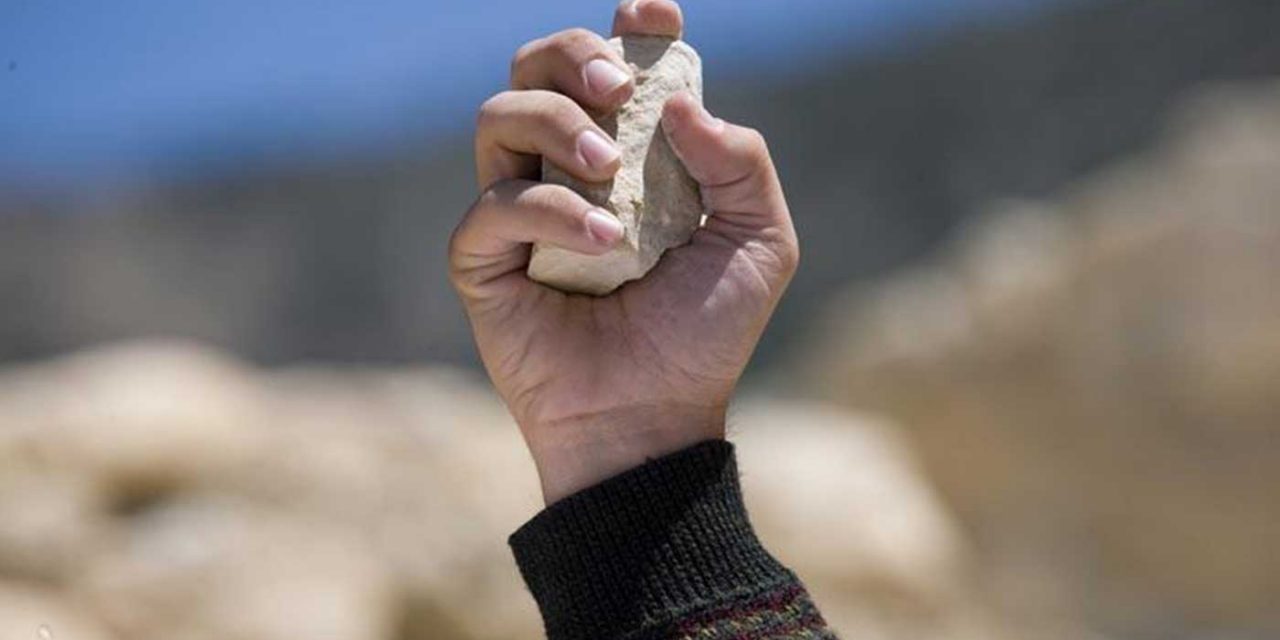 Two female Czech toursists had a lucky escape when Israeli police noticed their car heading towards a Palestinian village and escorted them away from an angry mob.

Israel’s Channel 2 news reported that the police noticed the vehicle, which had Israeli plates, entering an area under Palestinian Authority (PA) jurisdiction and chased after them, initially thinking that the car was stolen.

In a video of the incident the police car can be seen speeding towards the village, weaving passed piles of rocks that are on the road. They catch up to the vehicle and stop it, asking the occupants what they are doing.

The tourists explained that they were on their way to the Dead Sea and made a wrong turn. The police officers advised them to turn around, and as they did so, a group of Palestinians started attacking the car with rocks.

One of the officers fired his gun in the air to disperse the attackers. No one was injured in the incident, but the car was damaged.

The police stated that their quick response prevented an incident which could have resulted in several casualties.