Dutch Foreign Minister: “We oppose BDS and anti-Semitism, we will fight them” 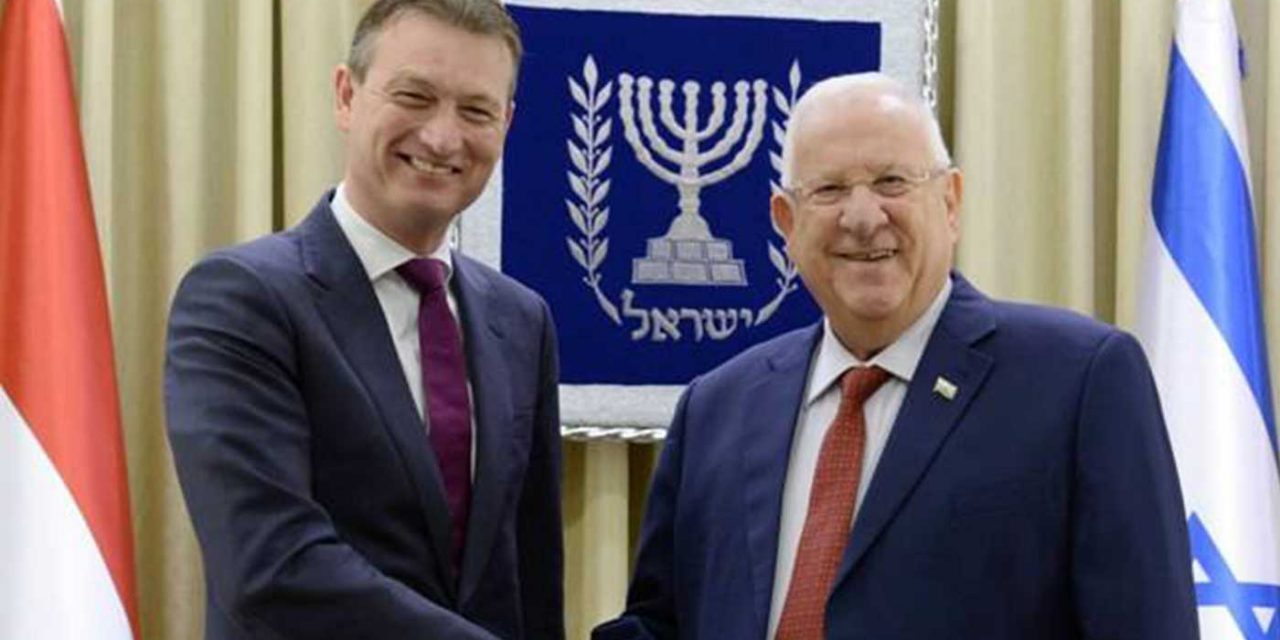 Dutch Foreign Minister Halbe Zijlstra met with Israeli President Reuven Rivlin in Jerusalem this week where Ziljstra expressed his country’s opposition to both the Boycott, Divestment and Sanctions (BDS) movement against Israel as well as anti-Semitism.

“We are opposed to BDS and strongly opposed to anti-Semitism, we will fight them,” said Zijlstra

Prior to Zijlstra’s comments, President Rivlin expressed Israel’s thanks to the government of the Netherlands for their stand on anti-Semitism.

“We appreciate very much the attitude of your government toward anti-Semitism,” said Rivlin. “I want to also emphasise that BDS in some places is part of the wave of anti-Semitism, and we have to be very worried about those waves that come from time to time.”

The two also spoke of the threat of Iran in the region.

Rivlin expressed that Israel is “not only worried about the nuclear ability of Iran, this is the worry of the entire world. We are concerned the extremists in Iran believe they have to set foot all over the region. And now there is a territorial passage from the borders of Iran, not only to Syria but with the possibility to get into Lebanon. We are very worried because of the ability of Iran to influence all terrorist groups in the world.’’

The Dutch minister said in response: ‘’I share your views that developments in Iran and Syria with influence in Lebanon as well, are dangerous ones.”