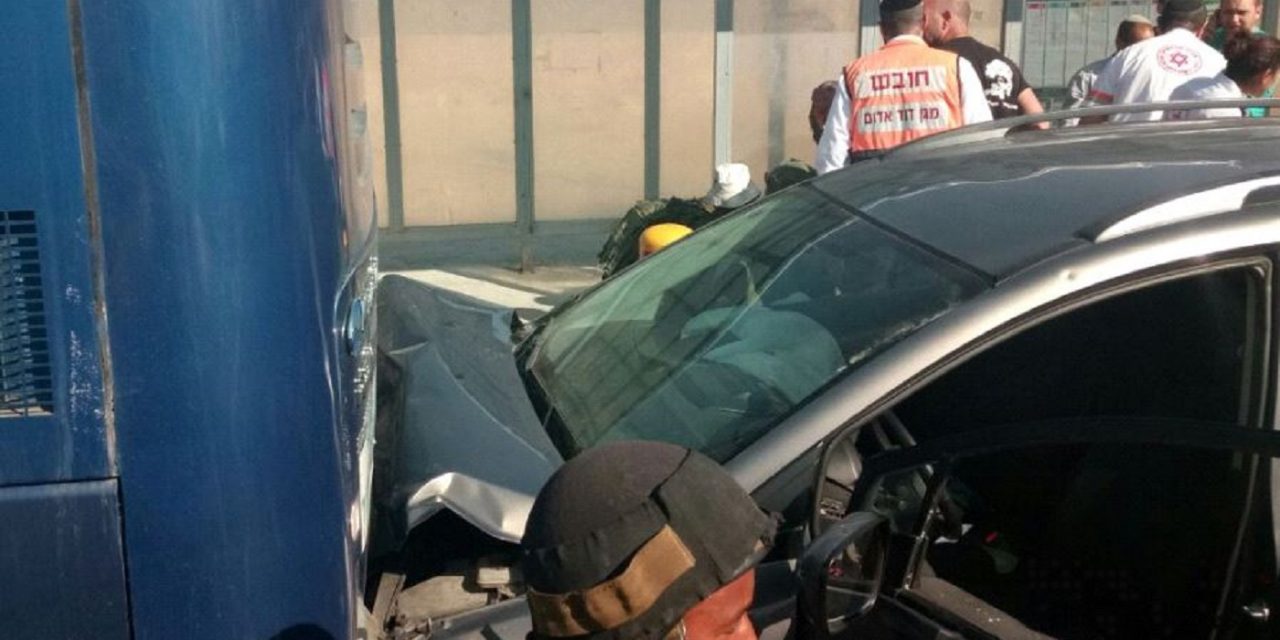 An Israeli man suffered a head injury in a Palestinian car-ramming/stabbing attack at the Gush Etzion Junction Wednesday afternoon.

The victim, approximately 60 years of age, is suffering light wounds and was taken to Jerusalem’s Shaare Zedek Medical Center for treatment.

A photo of the car showed a glass window shattered from the impact and a knife in the car’s cup holder. The IDF confirmed that a knife had been found in the vehicle.

Magen David Adom paramedic Shmuel Daniel said that upon arrival at the scene, he saw the victim on the ground “conscious” but “confused.”

Witnesses described how he had been hit as he stood behind the bus, Daniel said.

The Ma’an News Agency reported that the terrorist was 21-year-old Suhaib Moussa Mashour Mashahra from the village of al-Sawahira, just outside of Jerusalem.