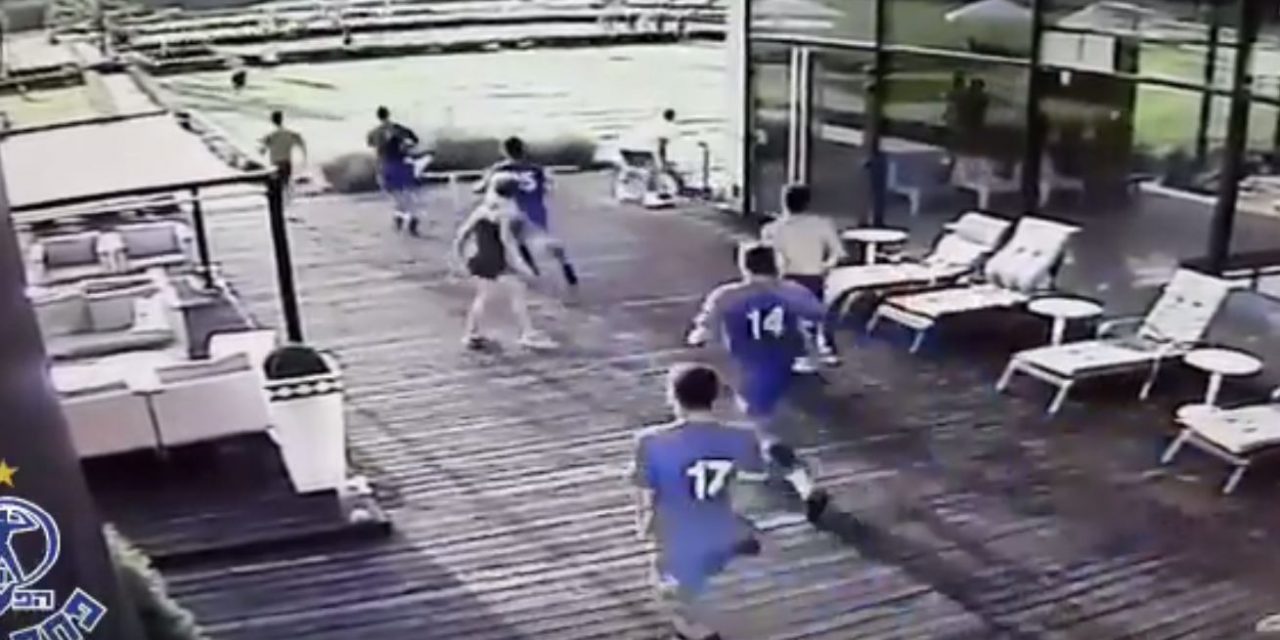 Two staff members of football club Hapoel Petah Tikva were slightly injured in Poland after being attacked by masked hooligans in what the Israeli Embassy said Thursday was an “anti-Semitic incident.” The attack occurred on Wednesday evening in Suchocin, a town near Warsaw, following a friendly between Petah Tikva and a local Polish club, MKS Ciechanow.

“After the match we went to the lobby of the hotel while a couple of our staff members were collecting the equipment. Around 15-20 skinheads came out of the woods and raced onto the field and began punching and kicking them,” said Petah Tikva coach Oren Krispin.

“One of the players in the lobby noticed this and we all ran out to help. Once the skinheads saw us they ran away.”

“The Israeli embassy in Warsaw has been shocked and saddened by the news of another anti-Semitic incident,” said Michal Sobelman, spokesman for the embassy. “These ‘pseudo-fans’ not only harm good Polish-Israeli relations, but first of all they are damaging to Poland’s image abroad.”

Petah Tikva, which plays in Israel’s second division, won the match 2-0. The team returned from Poland on Thursday, with its National League campaign to get under way on August 18.

Club owner, Doron Galant, who wasn’t in Poland, spoke to the players and complemented them on their fighting spirit. “I wanted to tell you I’m proud of you,” said Galant. “You proved that you are together not only on the pitch, but off it as well.”

MKS Ciechanow condemned the incident and stressed that it and its fans have nothing to do with it.

“First and foremost, we emphasize that our Club regrets the whole situation and strongly condemns the behavior of the perpetrators of this perilous incident, but at the same time we stress that none of the members of our Club-related community had anything to do with the whole situation,” read a statement issued by the club.

The club said the attackers were fans of reigning Polish champion Legia Warsaw.

Petah Tikva members emphasized that the action was planned because attackers waited until police had left the area following the end of the match.

Police from Plonsk and Radom are investigating the case. “The information provided to the police shows that in the area adjacent to the hotel where the Israeli team was staying, a group of masked people rushed to two members of the team, beat them and ran away.

The victims suffered minor abrasions,” read the statement on the police’s website.

The Israeli Ministry of Culture and Sport said it is working with authorities in Poland to find those responsible for the attack and see they are punished.

“We strongly condemn aggression and violence against any person,” he said in a statement.