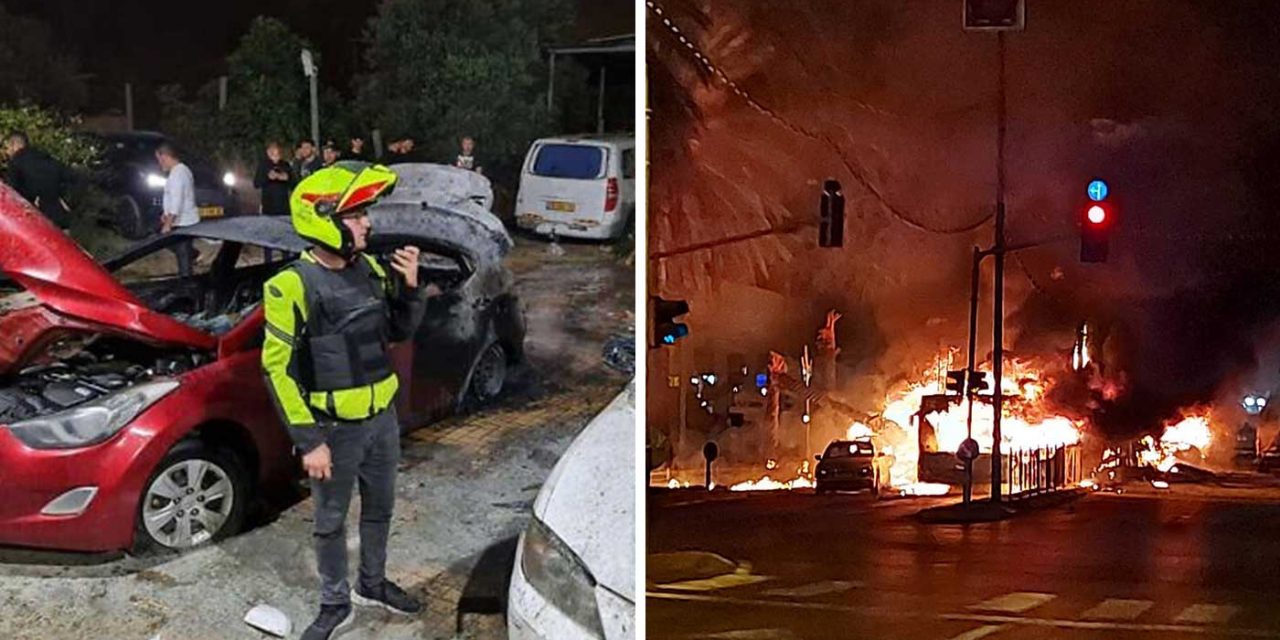 Hamas rockets killed three in Israel overnight, a father and daughter near Lod and a woman in Rishon Lezion, bringing Israel’s total death toll to five.

According to the IDF, over 1,050 rockets and mortar shells have been fired from the Gaza Strip toward Israel since the outbreak of fighting on Monday evening, with 200 failing to clear the border and landing inside Gaza. (That means 20% of Hamas’ rockets are threatening Palestinian lives inside Gaza).

IDF Spokesperson Hidai Zilberman said the Iron Dome air defence system had an interception rate of between 85 and 90 per cent of rockets heading toward populated areas within Isreal.

The two people killed outside Lod, a city of both Arab and Jewish residents that has been the scene of some of the worst rioting in recent days, was killed when a rocket hit their home and a car, which the family were inside.

Police said the victims were a father, Halil Awad, 52, and his 16-year-old daughter, Nadine. The mother, who was also in the car, was seriously injured, medics said.

Another woman was killed by a rocket strike in the central city of Rishon Lezion. She was not immediately identified.

Hamas terror targets Israelis of all faiths. Israel will never tolerate targeting of any of its citizens.pic.twitter.com/zK0kQJeHOt

Lod Mayor Yair Revivo said the dead were members of the Arab community. “Hamas missiles do not differentiate between Jews and Arabs,” Revivo said.

He also appealed to Arab residents to end the protests and called for calm in the city. Lod has seen massive protests from Arab residents who have burned synagogues and other buildings in violent anti-Israel protests.

“The day after, we will still have to live here together,” the Mayor said.

Another missile hit a house in the town of Yehud, just north of Ben Gurion Airport. Rescue workers said the family who lived in the house were saved by their bomb shelter. Pictures from the scene showed the house completely destroyed.

These latest deaths bring Israel’s total to five – one man, three women and one child.

Millions of Israelis are under heavy rocket fire by Hamas from #Gaza this evening.

Israel has every right to protect its citizens from Hamas’ barbaric terroriam.

👇direct rocket hit in the city of Holon

On Monday, two women were killed in Ashkelon. One of them was an elderly Israeli woman who has not been named while the other was an Indian woman who worked as a caregiver in Israel, 32-year-old Soumya Santosh. Santosh is survived by her husband and nine-year-old daughter.

Hundreds of Israelis have been injured in these attacks, some seriously. And it should be noted that Hamas is only attacking Israeli civilians. This is terrorism that should be condemned by the world.

Israel has responded to Hamas rockets by launching targeted strikes on terror groups in Gaza. And we must stress that Israel is doing all it can to protect civilians on both sides of this conflict.

Israel is being as precise as they can be with their missiles, and the vast majority of those killed in Gaza are terrorist members. Sadly, some civilians, including children, have died in Gaza, but Israel is doing all it can to avoid this.

Israel is the only military in the world that is calling ahead of time to warn of incoming strikes and alert people in the area. There are videos of Palestinians filming the buildings in advance of the rockets striking because Israel has already told them it is about to be hit. No army in the world does this except Israel.

Hamas on the other hand is trying to increase civilian casualties on both sides of the conflict. They have launched more than 1,000 rockets into Israel’s CIVILIAN populations. There is no warning of the attacks and if Israel’s Iron Dome didn’t shoot the majority of the rockets out of the sky, Israel’s death toll would be far greater than it is right now. Israel has invested heavily in saving lives.

Hamas is an Islamic terrorist organisation that is part of the Muslim Brotherhood. It is an extremist faction that is outlawed in Britain, the US and most of the Western World. It should be treated with the likes of Hezbollah, Al-Qaeda and ISIS, but the media continues to treat Hamas and Israel on the same level (and in some cases defends Hamas). Just imagine if Britain was under rocket fire from ISIS and the world was treating both entities on an equal field. It would be insanity but that is what the world does with Israel and Hamas.

Israel is one of the most careful militaries in the world when it comes to striking targets of their enemies. Hamas is a terrorist organisation that only wants death on both sides because they know they will win sympathy from the world when Palestinians are killed and they will galvanise their extremist supporters where Israelis are killed.

Keep praying for Israel and sharing the truth!