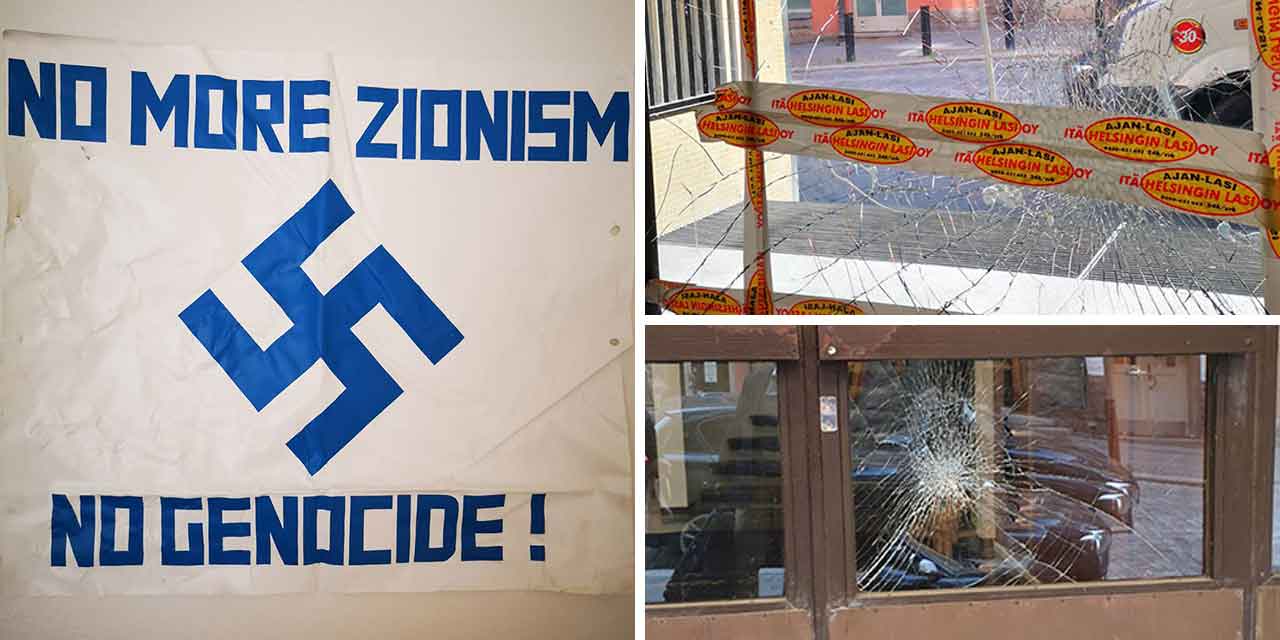 The Israeli embassy in Finland has been vandalized by neo-Nazi and far-right extremists for at least the 15th time in the last year and a half.

The glass front door of the embassy in Helsinki was shattered over the weekend, and images of swastikas and Adolf Hitler were hung in the entrance to the building, the Ynet news site reported.

In a statement, Israel’s Foreign Ministry called the attack “another link in the chain of anti-Semitic attacks targeting the embassy…. The Israeli Embassy in Helsinki expressed its disgust over the events to the Finnish authorities and demanded they act in full force to locate the culprits, bring them to justice and prevent similar incidents from happening in the future.”

Senior officials in Finland have expressed concern over the attacks, Ynet reported, but have not taken real action against their perpetrators.

In February, the Nordic Resistance Movement, a far-right and neo-Nazi group, demonstrated illegally in front of the building.