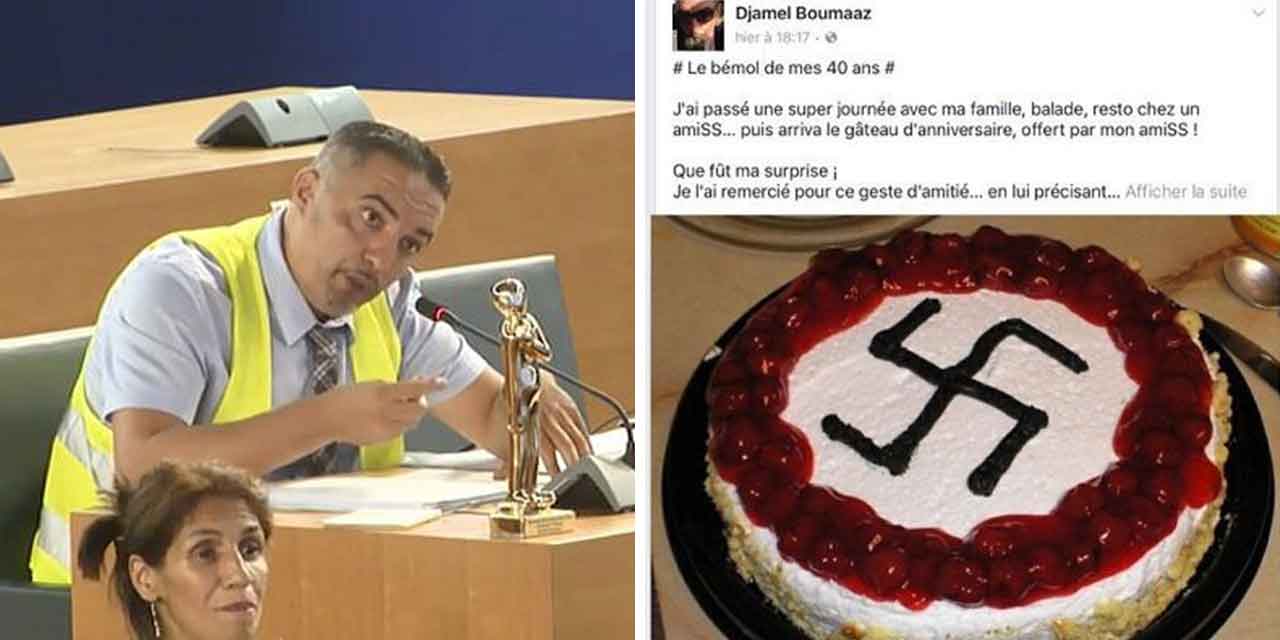 An official in the French town of Montpelier celebrated his birthday with a cake decorated with a swastika, which he described as “a gift from my SS friend.”

Djamel Boumaaz posted an image of the cake on his Facebook page, the Simon Wiesenthal Center said on Thursday.

The full text of the post celebrating his 40th birthday read: “I spent a beautiful day with my family, music, food in the home of my SS friend, then my birthday cake arrived, a gift from my SS friend.

Boumaaz has previously been fined for performing the quenelle gesture, an inverted Nazi salute, at a session of the Montpellier city council, the centre said. The gesture is illegal in France.

He was previously a member of the far-right National Front party. Boumaaz, a Muslim, quit the party in 2015 over what he termed anti-Muslim sentiments from party leader Marine Le Pen, the news site Infos H24 reported.