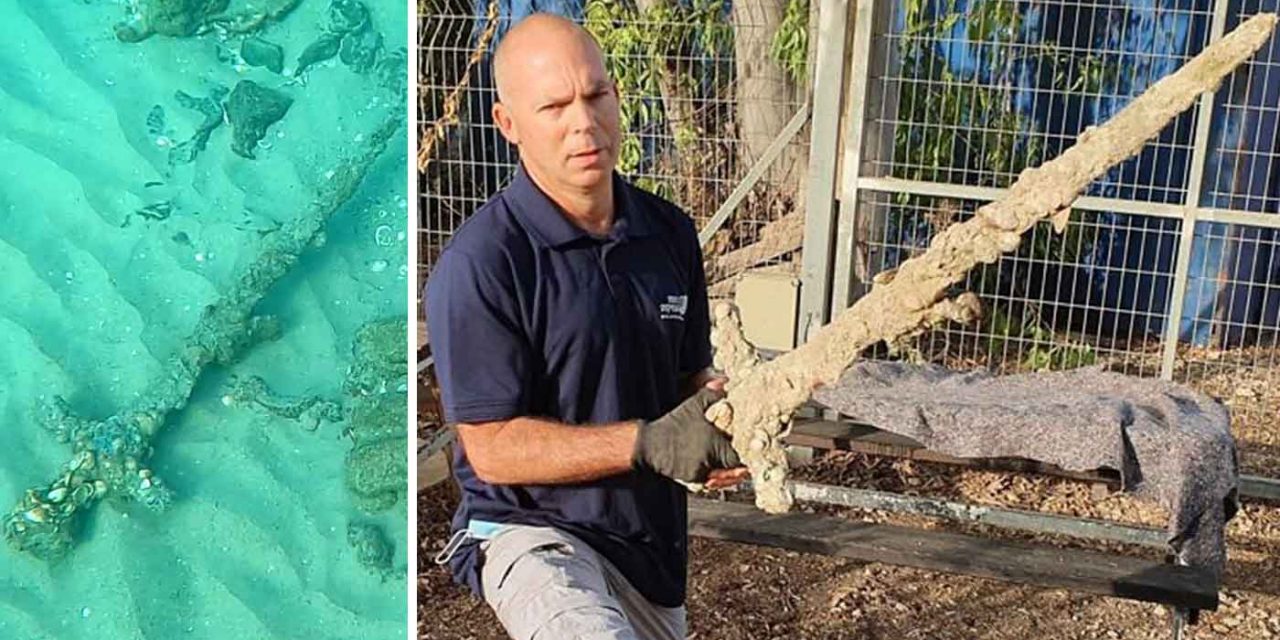 A diver found a 900-year-old sword dating back to the Crusader period off the Carmel beach in the north of the country, along with various other artifacts, the Israel Antiques Authority said Monday.

Shlomi Katzin turned over the weapon to the Israel Antiques Authority and was awarded a certificate of good citizenship.

Katzin found the sword during a Saturday dive in an area off the coast where waves and undercurrents had apparently shifted sand, revealing the item, the IAI said in a statement.

Whilst diving he also found pottery and other items including metal anchors, Katzin also noticed the sword, one meter in length, which was encrusted with barnacles.

“The sword, which has been preserved in perfect condition, is a beautiful and rare find and evidently belonged to a Crusader knight,” said Nir Distelfeld, inspector for the IAI’s Robbery Prevention Unit. He assessed it is likely made of iron.

Kobi Sharvit, director of the IAA’s Marine Archaeology Unit explained, “The discovery of ancient finds by swimmers and leisure divers is a growing phenomenon in recent years.”

“Every ancient artifact that is found helps us piece together the historical puzzle of the Land of Israel,” Eli Escosido, IAA’s general director added.