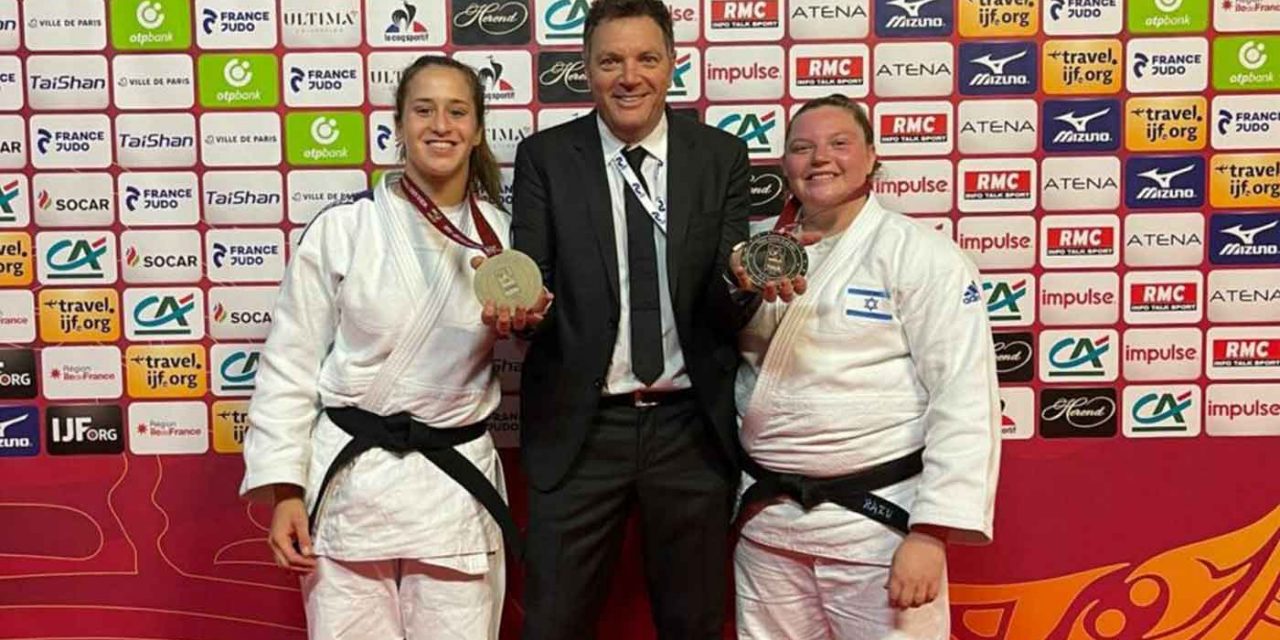 Israeli judokas continued to excel in the prestigious Paris Grand Slam tournament on Sunday, adding gold and bronze medals to their tally.

Olympic medalist Raz Hershko, 23, took home the gold medal in the women’s over-78 kilogram category, while teammate Inbar Lanir, 21, picked up the bronze earlier in the under-78 kg category.

Saturday saw Gefen Primo, 21, win the gold medal in the under-52 kilogram category.

The competition, held as part of the International Judo Federation’s Grand Prix series, saw the Israeli team rank third overall out of 45 competing nations, with Japan topping the slate and Russia a close second.