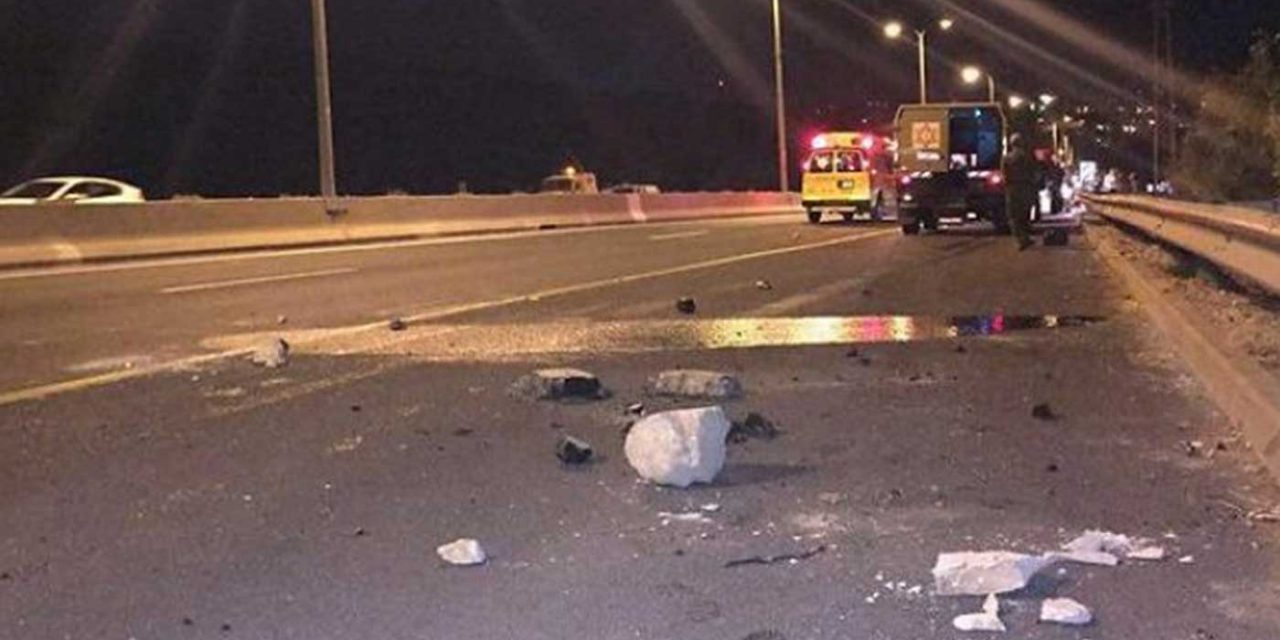 A young Israeli-Arab woman was injured by Palestinian terrorists who hurled rocks at vehicles travelling between Anatot and Hizma on Thursday.

The woman was travelling in with her husband and two young children when their car was struck by a rock. The rock smashed through the side window injuring the woman and causing her to crash the vehicle. The car reportedly flipped on its side as a result of the accident.

The woman was treated by paramedics and is thought to only be lightly injured. Despite being in the car when it crashed, the husband and children were not injured.

A search was launched for the perpetrators.

In a separate attack that day, a 25-year-old man was injured in the Muslim Quarter of Jerusalem, near the Lions’ Gate entrance to the Old City when Muslim men pelted him with stones.

He was taken to a local hospital by paramedics from the Magen David Adom emergency medical response service.