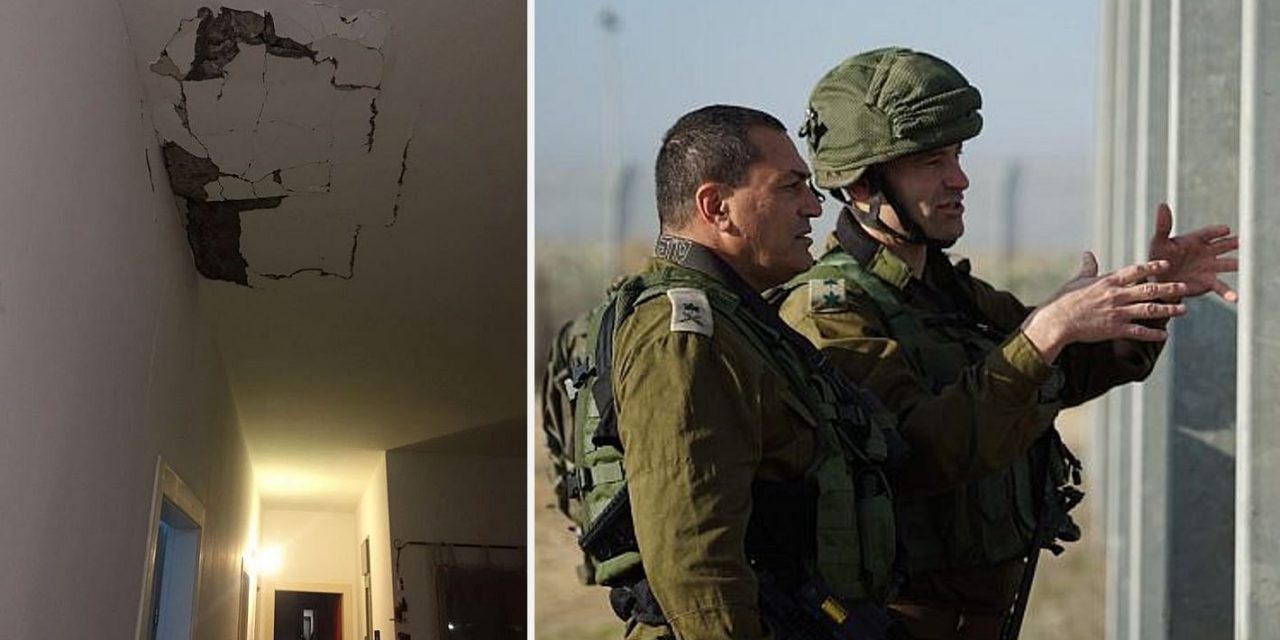 Four Israeli soldiers were wounded near the Gaza border on Saturday when an explosive device was detonated at an IDF patrol. Two of the soldiers were in a serious condition.

Also Saturday, a rocket fired from the Gaza Strip on Saturday hit the roof of a house in an Israeli town after sirens sounded in several communities near the border. Rocket sirens sounded multiple times during the night.

BREAKING: A home in southern Israel sustained a direct hit tonight by a rocket launched by terrorists in Gaza — but amazingly the rocket did not explode upon impact.

Posted by Christians United for Israel – UK on Saturday, 17 February 2018

The military said that eight of the targets it attacked were located in a Hamas military compound, where the group stores weapon, manufacturing infrastructures and carries out training.

Earlier, the army said it struck six Hamas targets in Gaza in what it described as a “large-scale attack.” The military said the targets included a Hamas attack tunnel reaching from Gaza into Israeli territory and two military compounds.