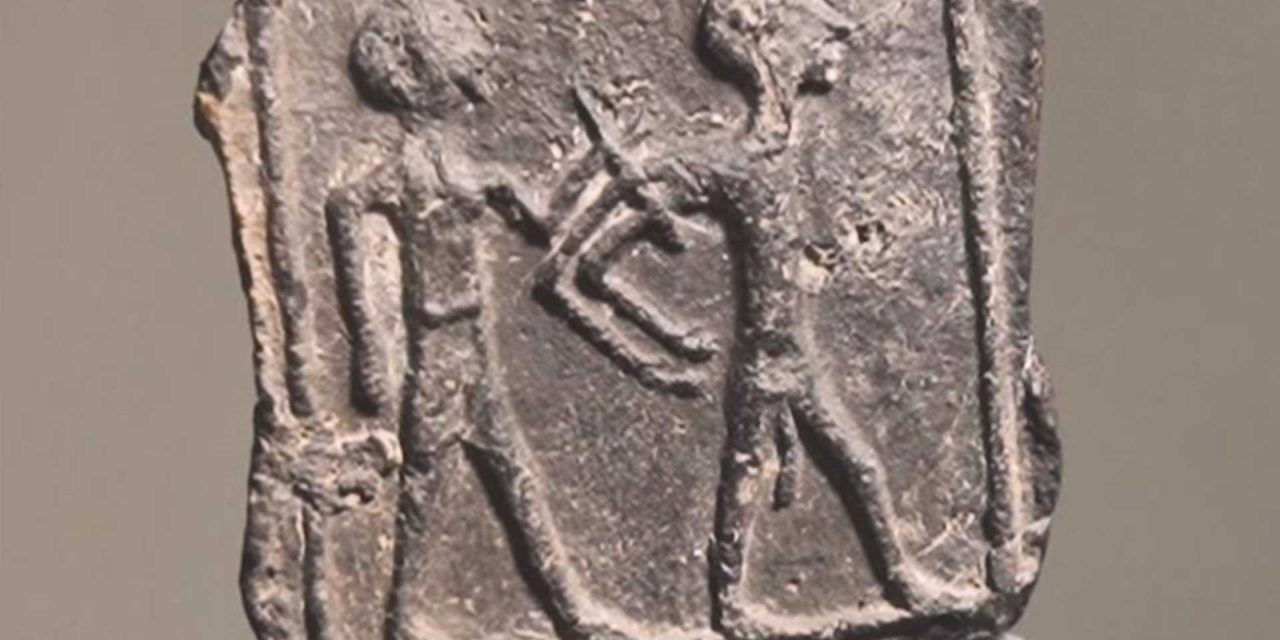 An Israeli 6-year-old out on a hike with his family before the coronavirus lockdown in March is credited with discovering a very rare artifact attributed to the Canaanites 3,500 years ago.

Imri Elya was walking with his family at at the archaeological site Tel Gama of Kibbutz Re’emim near the Gaza border when he found a square clay impression of a man who appeared to be held captive by another man, according to an Israeli Antiquities Authority press release on Monday.

As per Israeli law, Imri’s parents—suspecting that the item was an ancient artifact—turned it in to the Israel Antiquities Authority and the National Treasures Department.

The organizations photographed and documented the find, and determined that the 1.1-inch-square clay impression was probably a badge or medal of honor made to commemorate a Canaanite battle victory some time in the Late Bronze Age between the 12th and 15th centuries BC.