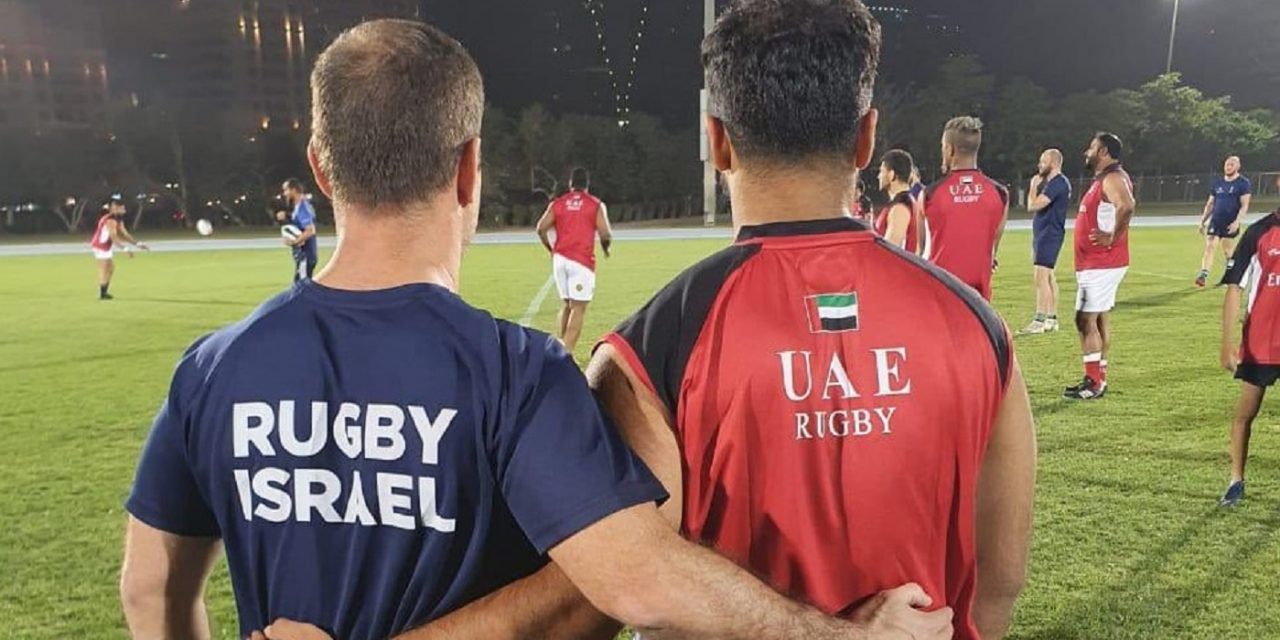 Israel and the UAE have played their first every rugby match. The friendly game in Dubai last Friday was named ‘Abraham Accord Friendship Cup’ after the normalisation agreement between the two countries.

Israel won 33 to 0. The teams that played a second match including player mixed from both nations.

In pictures: Friendship is the winner in UAE-Israel rugby match⁣⁣⁣
⁣⁣⁣
The #UAE and #Israel rugby teams play an exhibition match at the Dubai Sports City on Friday.⁣

“While leaders may sign peace agreements, true peace requires people on both sides to build bonds of friendship and cooperation in every arena.”

The president of the Israeli Rugby Association, Ofer Fabian, told Kan news: “We were met with a great desire to come together [from the Emirati side]. As far as we’re concerned this should turn into an annual thing, and of course they want to come to Israel.”