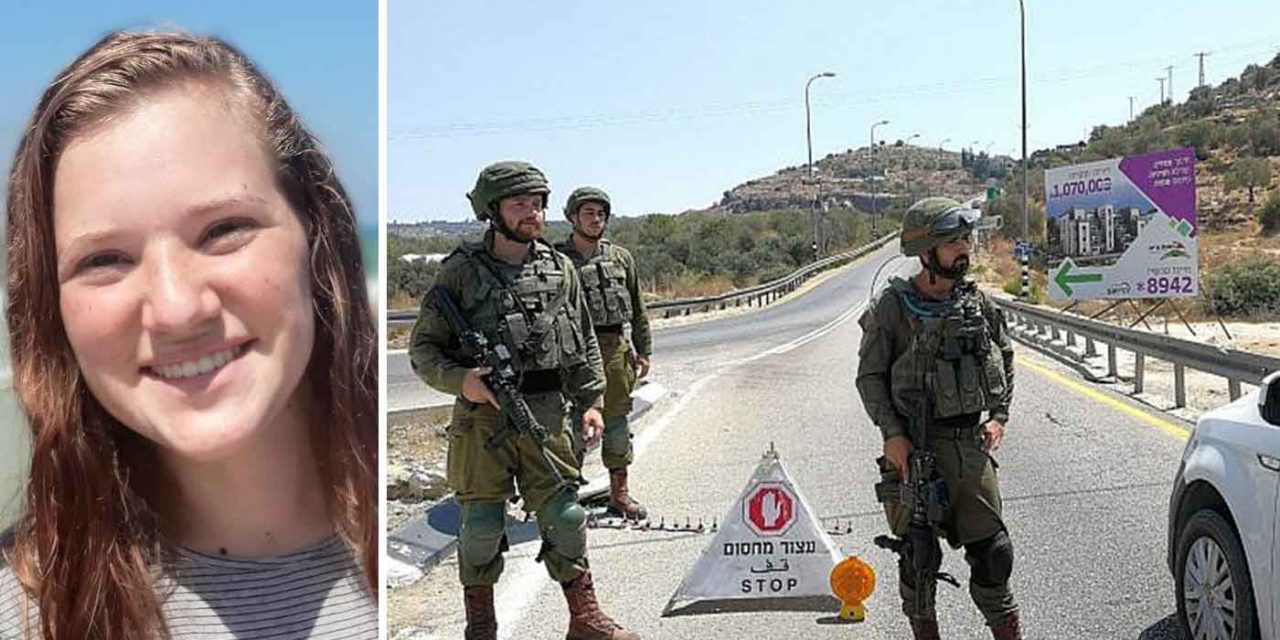 A teenage girl was killed and her father and brother were seriously injured in a terrorist bombing at a natural spring outside the Israeli community of Dolev in Samaria on Friday morning, Israeli officials said.

Rina Shenrav, 17, of Lod, was critically wounded in the attack and received treatment at the scene before being pronounced dead of her injuries.

Her father Eitan, 46, a rabbi in Lod, and Dvir, her 19-year-old brother, were airlifted to Hadassah Ein Kerem Medical Center in Jerusalem.

Magen David Adom reported on Twitter that the brother had sustained multiple injuries to his abdomen and extremities. He was unconscious and on a respirator, MDA said. The father’s condition was later upgraded to moderate.

🔴 A 17 year old Israeli was killed, her father & her brother seriously injured in a terrorist IED blast while they were at a natural spring near the community of Dolev.

Our thoughts are with the family & friends of those hurt in this horrific attack.pic.twitter.com/TZeAFMOYKY

The army said an improvised explosive device was used in the attack, but it was not immediately clear if the bomb was thrown at the family or if it had been planted earlier and was triggered when the family approached it.

Security services were reportedly tracking a car that fled the scene shortly after the explosion. “IDF soldiers are searching the area”, but the IDF does not yet know the identities of the attackers or if they are part of an organised terrorist organisation.

The explosion occurred at the Bubin spring — a popular hiking spot — approximately 10 kilometers east of the city of Modiin.

“Our surroundings are full of natural springs and hiking to them is an inseparable part of residents’ lives,” Yael, a resident of Dolev, told Channel 12 news. “There is a difficult feeling.”

She said a bomb attack was “a severe escalation” the likes of which the community had not encountered “in over 20 years.”

Prime Minister Netanyahu tweeted his condolences to the victims family and vowed to increase security for the community and deliver justice.

“On behalf of myself and the citizens of Israel, I send deep condolences to the family of young Rina Shnerb who was murdered in a harsh terrorist attack this morning, and wishes for a quick recovery to her father, Rabbi Eitan, and her brother Dvir,” Netanyahu who is both Prime Minister and Defense Minister, said on Twitter.

“We will continue to strengthen the settlement. We will deepen our roots and strike at our enemies. The security arms (IDF) are in pursuit after the abhorrent terrorists. We will apprehend them. The long arm of Israel reaches all those who seek our lives and will settle accounts with them.”

PM and DM Benjamin Netanyahu:
On behalf of myself and the citizens of Israel, I send deep condolences to the family of young Rina Shnerb who was murdered in a harsh terrorist attack this morning, and wishes for a quick recovery to her father, Rabbi Eitan, and her brother Dvir.