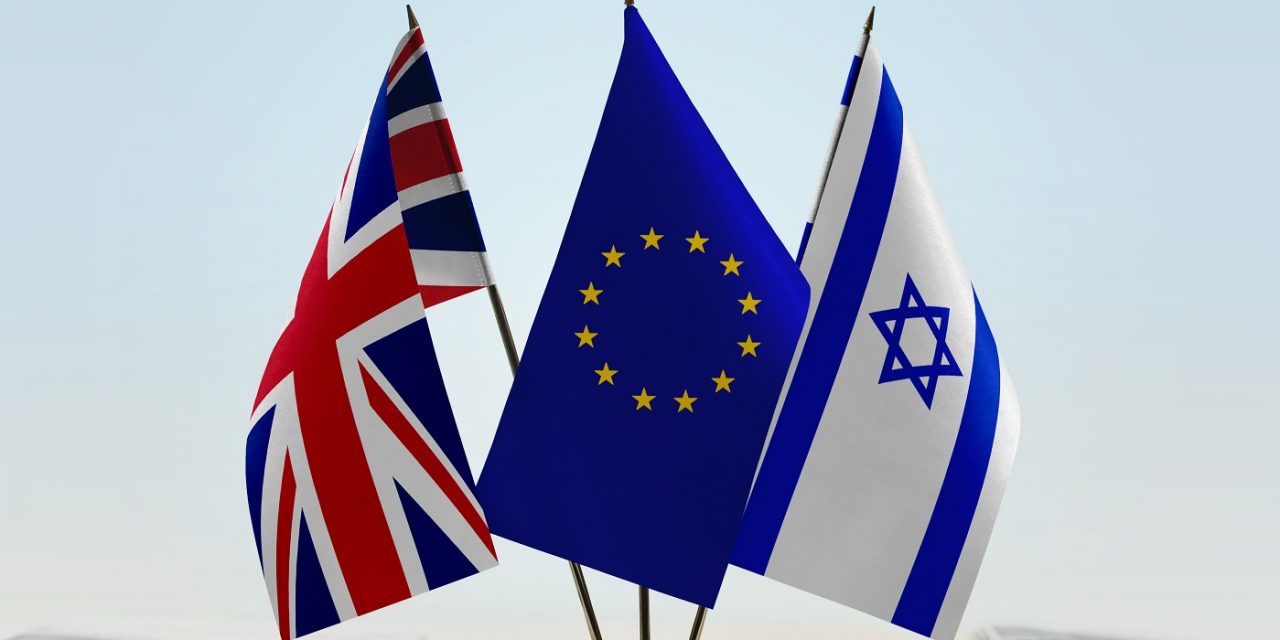 Israel has strongly rejected the European Court of Justice (ECJ) ruling that EU member states must label products produced in Israeli communities in Judea and Samaria (the so-called West Bank) as “not Israel”. The move emboldens the anti-Semitic BDS movement against Israel and could cause the UK to work against Israel because of an EU ruling.

This ruling serves as a tool in the political campaign against Israel. Its entire objective is to single out and apply a double standard against Israel. There are over 200 ongoing territorial disputes across the world, yet the ECJ has not rendered a single ruling related to the labelling of products originating from these territories. Therefore, yesterday’s ruling is both political and discriminating against Israel.

This ruling only diminishes the chances of reaching peace and contradicts the positions of the European Union on the conflict. It plays into the hands of the Palestinian Authority, which continues to refuse to engage in direct negotiations with Israel, and emboldens radical anti-Israel groups that advance and call for boycotts against Israel and deny its right to exist.

Minister of Foreign Affairs Israel Katz: “The European Court of Justice’s ruling is unacceptable both morally and in principle. I intend to work with European foreign ministers to prevent the implementation of this gravely flawed policy, which contradicts Europe’s position that a resolution to the conflict must be advanced through direct and unconditional negotiations, and not through legal rulings.”

The European Commission defended its stance. “The EU considers settlements and occupied territories illegal under international law,” commission spokeswoman Mina Andreeva said, noting that the ruling does not affect products from Israel, which has a trading relationship with the bloc. “The EU does not support any form of boycott or sanctions against Israel,” Andreeva said.

The EU may say it does not support the boycotting of Israeli products, but it has now taken a big step in helping the boycotters. And this ruling by the EU actually overrides a decision taken in the French courts which said it was wrong to label these products in this manner. So not only is the EU overruling France, but all 28 members of the EU are likely to be forced to adopt this, meaning that UK stores will also have to label Israeli products from Judea and Samaria as “not Israel”.

The most galling thing about this is the history of Europe when it comes to boycotts against Jews. Let’s not forget that these products being boycotted are largely the produce of Jewish farmers living in their historic homeland. There are families who will have owned their land for decades, be farming and exporting their goods throughout Europe and now they are going to be marginalised because of who they are and where they live. They are Jews living in their ancestral homeland.

Some people have drawn comparisons to the date of this ruling. It was on 12 November 1933 when the Nazi party gained full control of the German parliament. We all know what happened after the Nazis gained control of Germany and enacted Hitler’s will against the Jewish people. The Nazis first started with boycotts against Jews.

As you would expect, the Palestinians are jubilant about this decision. However, their UN envoy demanded that the action go further and called for a ban on all Israeli goods from Judea and Samaraia.

“Our demand is not only for the correct labeling reflecting the certificate of origin of products coming from illegal colonial settlements, but for the banning of those products from international markets,” Saeb Eraket said in a statement.

Another aspect to look at is how on the day that terrorists in Gaza launched over 200+ rockets into Israel, only at civilians. There has not been a word of condemnation about that from the EU, yet they have condemned Israeli Jews and helped to enact a boycott similar to that of the Nazis.

Israel’s Ambassador to the UN, Danny Danon, summed it up well when he said, “Attacks against Israel come in many forms. Today alone, we saw rockets fired from Palestinian Islamic Jihad in Gaza & an EU court decision discriminating against products made in Judea & Samaria, & Golan Heights. Both are efforts to weaken the Jewish State. Both will be overcome!”

Attacks against Israel come in many forms. Today alone, we saw rockets fired from Palestinian Islamic Jihad in Gaza & an EU court decision discriminating against products made in Judea & Samaria, & Golan Heights. Both are efforts to weaken the Jewish State. Both will be overcome!