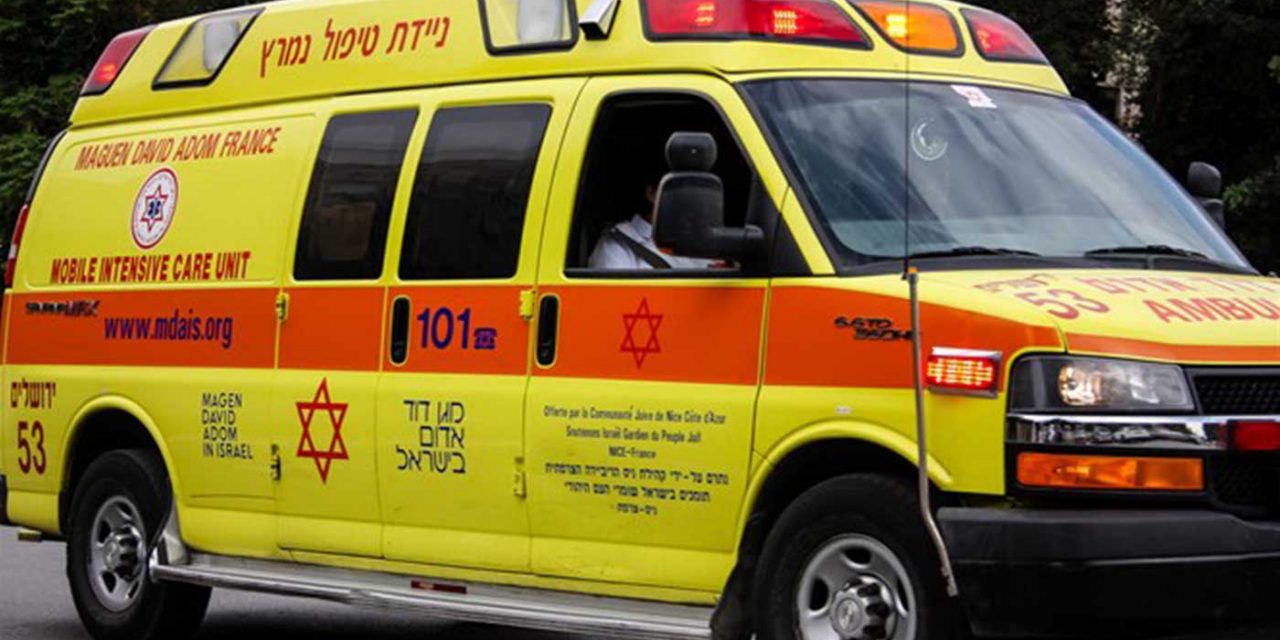 An 8-year-old girl lost consciousness and collapsed in a residential building in the city of Holon while on her way to a protected area.

The girl apparently suffered a bout of heart arrhythmia brought on by anxiety after her family rushed to the stairwell in their building to take shelter.

MDA medics performed resuscitation on the girl until her pulse returned, evacuating her to Wolfson Hospital in serious and stable condition while she was anesthetized and on a respirator.

MDA paramedic Andrei Yermayev said: “When we arrived at the scene, we spotted an 8-year-old girl unconscious with no pulse and not breathing. We were told that at the time of the alarm, they went out to the stairwell to protect themselves and then she lost consciousness.”

“We gave her life-saving medical care that included advanced resuscitation, massages, respiration, electric shocks, and medication until her heart rate returned, and we stabilized her condition and then evacuated her to the hospital in serious and stable condition, anesthetized and on respiration,” Yarmiev described.

Her condition later improved, and doctors said her prognosis was good.

The girl had suffered from “apparent arrhythmia caused by an anxiety attack,” Dr. Sion Huri, head of Pediatric Intensive Care Unit at Wolfson told Channel 12 news, adding that her condition had become more stable after she started receiving treatment.

“It’s pretty rare,” he said. “We haven’t seen many such cases in our lifetimes, but I’m optimistic she’ll recover.”

Please pray for this young girl that she will make a full recovery. And pray for all of Israel’s children that they will be protected and fearless during this time of immense pressure.

More than 220 rockets have been launched at Israeli civilians. All of them terrorism and all of them war crimes which the world should condemn. Remarkably, the IDF were able to intercept 90% of rockets launched into Israel, however over 40 Israelis have been injured, two wounded directly by rocket fire; 23 lightly injured and another 23 hospitalised with anxiety and other stress symptoms.