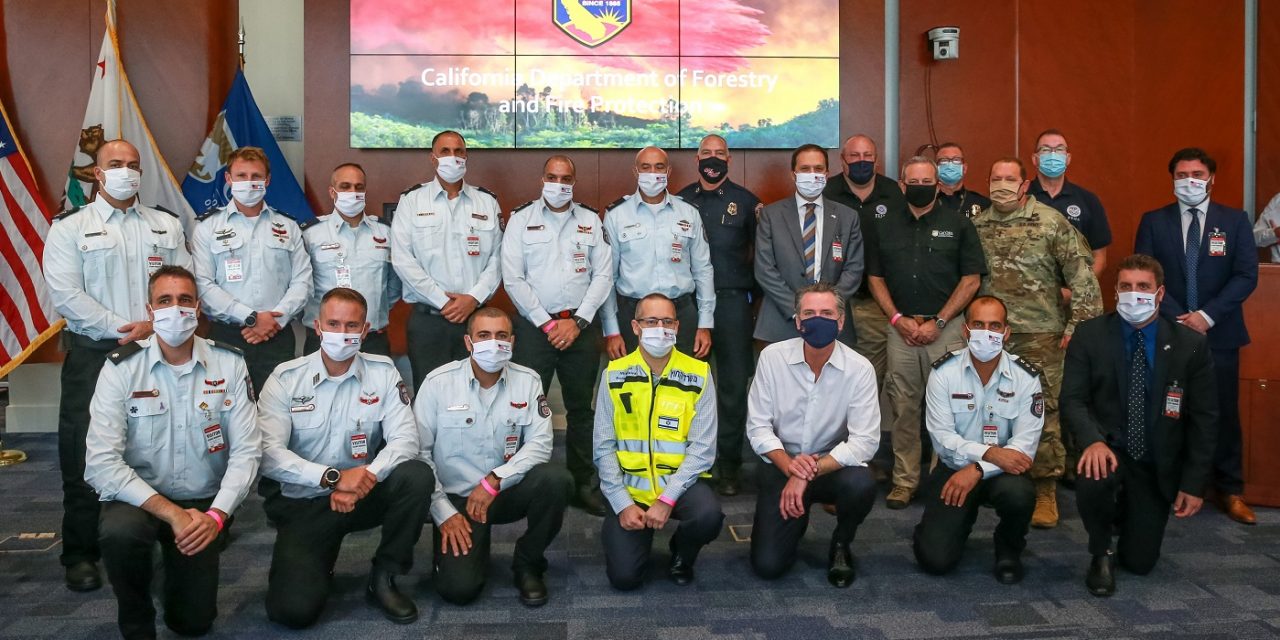 In response to a request from the California Governor’s Office of Emergency Services, a team of 10 Israeli firefighters has deployed to California to assist in battling some of the largest wildfires in the state’s history.

Though other countries have supported California – including Australia and New Zealand on the Mendocino Complex fire in 2018 – this is the first time Israelis have been assigned to fight fires in the United States. The deployment is expected for two weeks.

Mutual aid is a beautiful example of people from all backgrounds and communities coming together to help one another. Grateful for the strong partnership between California and Israel, and for this crew of Israeli firefighters who came to CA to help battle these historic fires. https://t.co/eNAjYxjGAU

The Israeli crews arrived in Sacramento over the weekend and will be assigned to wildfires burning throughout Northern California.