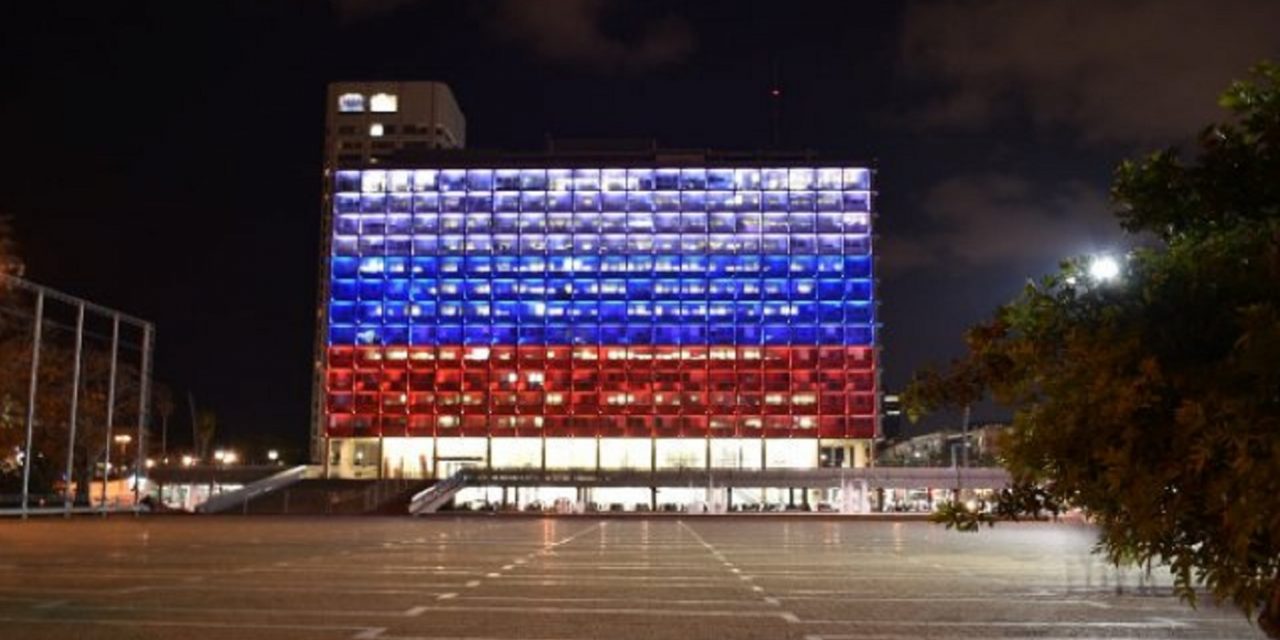 Tel Aviv’s city hall was lit up in the white, blue and red stripes of Russia’s flag Monday evening as a gesture of solidarity after a blast on a metro train killed 14 and wounded dozens, but it was one of the only countries to do so.

After other major attacks across Europe, and in Israel, major governments lit their monuments such as Paris’ Eiffel Tower and Germany’s Brandenburg Gate with the colours of the country attacked.

Germany defended its choice not to light the Brandenburg Gate for Russia, saying that St. Petersburg is a not one of Berlin’s official partner cities.

“Exceptions should only be made in exceptional cases,” the Berliner Zeitung newspaper quoted a senate speaker from the German press agency as saying.

Meanwhile, Prime Minister Benjamin Netanyahu on Monday conveyed Israel’s condolences to the Russian people following the bombing, which is now understood to have beena suicide attack by an Islamic extremist.

“On behalf of the Government of Israel, I send condolences to President Putin and to the families of those who were murdered following today’s bombing on the St. Petersburg subway,” Netanyahu stated. “The citizens of Israel stand alongside the Russian people at this difficult time,” he underscored.