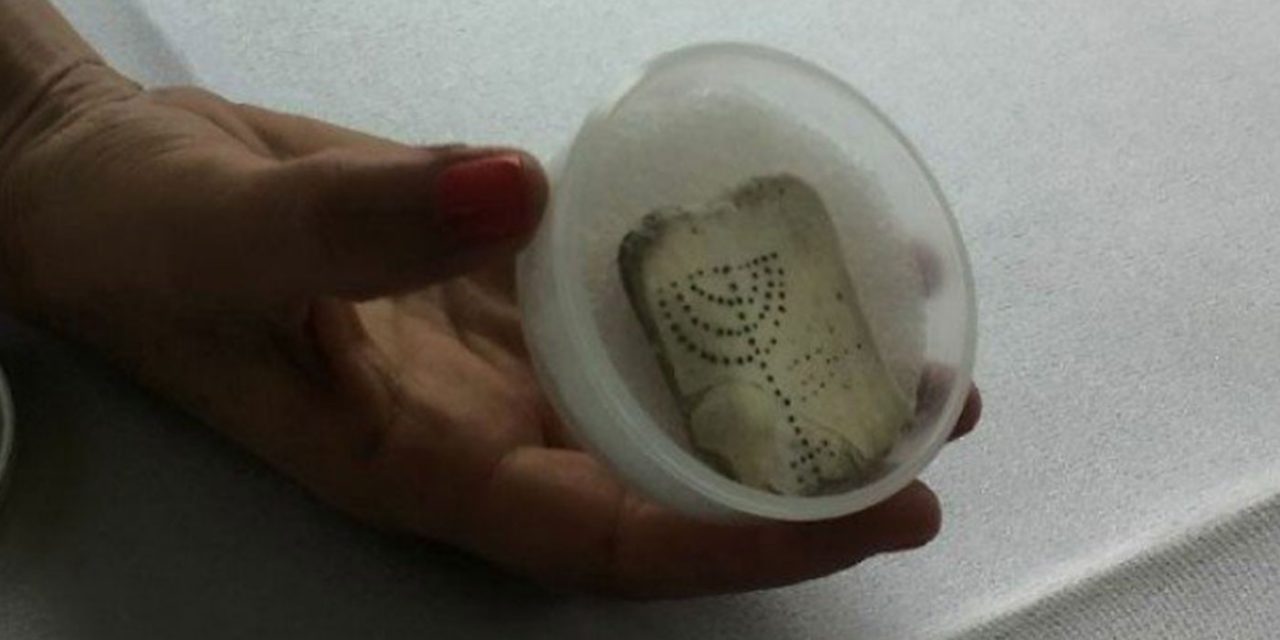 A 1,500-year-old mother-of-pearl tablet inscribed with a six-branched menorah, which was likely part of a box housing a Torah scroll, was recently found at the ancient Roman city of Caesarea, on Israel’s coast, archaeologists announced Wednesday.

The artifact, the first of its kind made of the precious material bearing Jewish iconography, was among an assortment of discoveries made by the Israel Antiquities Authority amid new excavations carried out as part of the restoration of the ancient port. It was found close to a Roman-era temple dedicated to Augustus Caesar that was constructed by King Herod in the first century BCE, but dates to the fourth or fifth centuries CE.

The find was made just a few days before the Jewish festival of Passover, which began on April 10, said Israel Antiques Authority archaeologist Peter Gendelman.