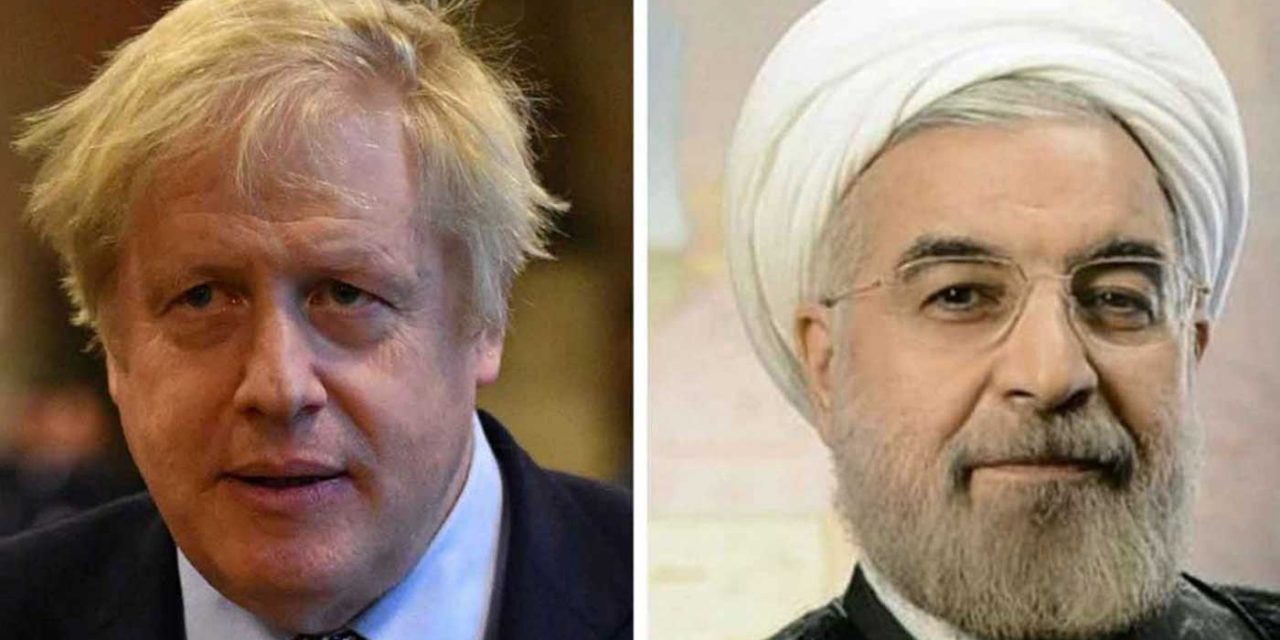 Prime Minister Boris Johnson has seemingly increased his pressure upon the Iranian regime this week as he held a telephone conversation with Iran’s President Rouhani.

Mr Johnson said that Iran’s detention of British-Iranian Nazanin Zaghari-Ratcliffe is “completely unacceptable” and said Iran must “stop all its nuclear activity” that breaches the Iran Deal and “cease” its destabilising activity in the Middle East.

The full report from No. 10 reads:

“The Prime Minister spoke to Iranian President Rouhani this afternoon.

The Prime Minister also stressed that while the UK remains committed to making the Iran nuclear deal a success, Iran must stop all its nuclear activity that breaches the terms of the JCPoA and come back into compliance. He stressed the importance of Iran seizing the opportunity presented by the United States’ willingness to return to the deal if Iran comes back into compliance.

The Prime Minister underlined the need for Iran to cease wider destabilising activity and be a positive force in the Gulf region.”

These are three points that CUFI has been raising for a number of years and it is good to hear that Johnson raised them in a call with Iran’s President. However, there is likely little to be changed.

While we hope that Iran will do the right thing and free Nazanin, and we hope that Boris’s words will help in this situation, the other two parts of the conversation are less likely to have an impact because Iran will do as it pleases without any thought to listen to the advice of another government.

Iran says it does not want nuclear weapons when talking to the West, but its actions say otherwise. Iran is now increasing its nuclear stockpile far above its needs for domestic power reasons. Nuclear enrichment to the levels Iran is currently enriching only has one purpose and that is to push them closer to nuclear weapons.

In regards to its destabilising activities, most of this is because Iran is trying to establish its proxies around Israel in its attempts to wipe out the world’s only Jewish state. Iran is arming Hamas and Palestinian Islamic Jihad (PIJ) in Gaza, is funding the Houthi’s in Yemen, is commanding Hezbollah in Lebanon and Syria and is sending Iranian troops into Iraq and Syria, establishing bases and taking control of areas it has no right to.

We must continue to pray for the UK government to stand strong against the Iranian regime. It is good to see Prime Minister Boris Johnson addressing these important issues directly to Rouhani, but we will continue to let the Prime Minister know he must not back down to Iran.