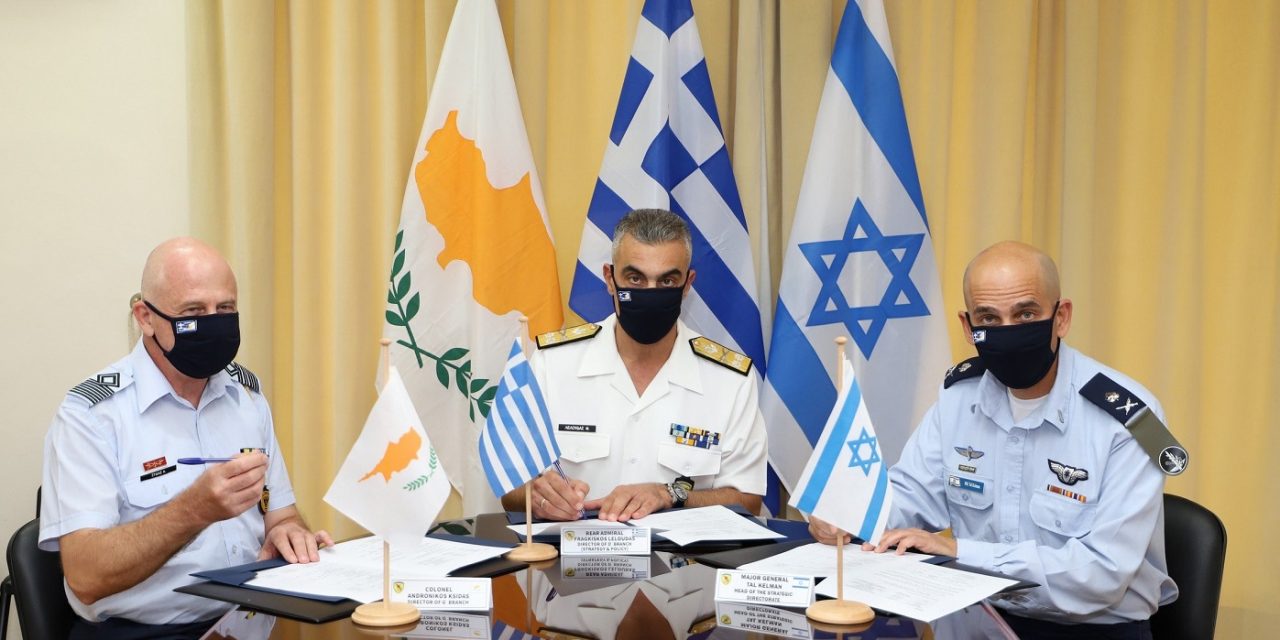 Greece, Cyprus, and Israel have signed a programme of trilateral military cooperation for 2021 as their regional collaboration widens backed by an energy alliance.

A statement issued by the Hellenic National Defence General Staff said the trilateral military accord programme is expected to further upgrade the cooperation of the Armed Forces of Greece, Cyprus, and Israel, through joint military exercises and operational activities.

A meeting of the delegations of the three states at the Greek Ministry of National Defence preceded the signing of the cooperation program.

The three regional allies have stepped their joint defence drills after agreeing to cooperate on exploiting the region energy reserves with the three countries involved in building an ambitious €7 bln East Med gas pipeline to Europe.

Armed forces from the three countries have held air and sea manoeuvres off Cyprus on several occasions.

Other regional partners Egypt, France and Italy have also participated in joint defence drills in the East Med recently.