Israel gives “full support” to US attack on Syria; was informed in advance 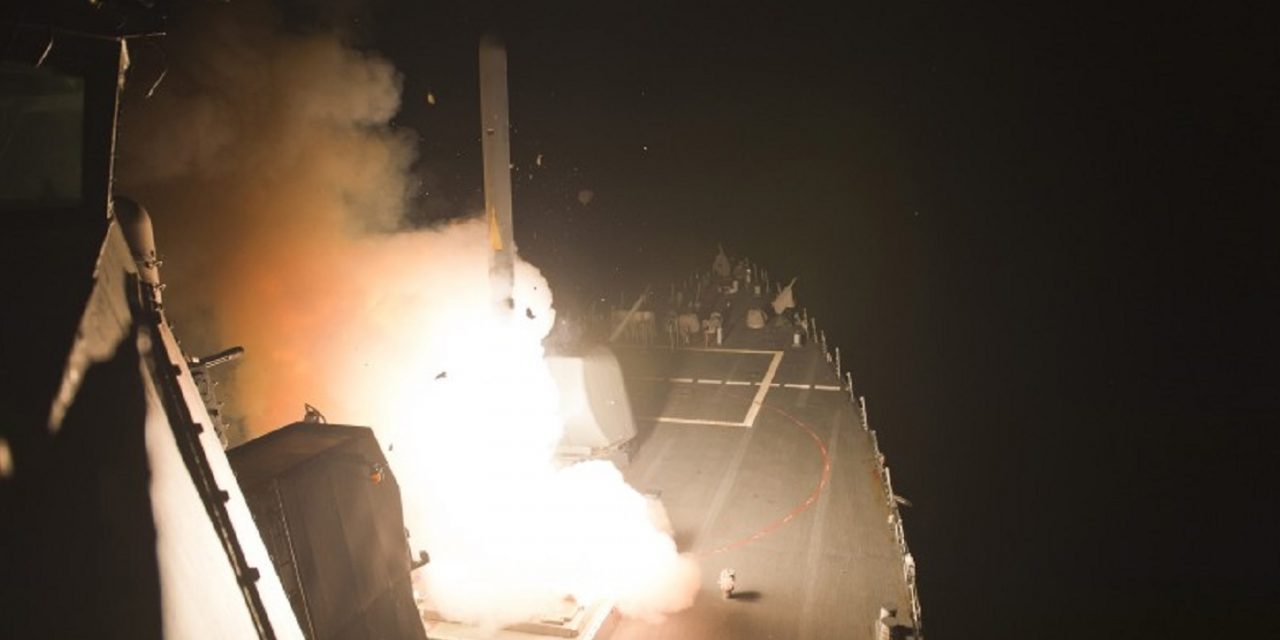 Prime Minister Benjamin Netanyahu said that Israel  “fully supports” the US missile attack on Syria overnight Thursday in response to the horrendous chemical weapons attack in Syria earlier this week.

“In both word and action, President Trump sent a strong and clear message today that the use and spread of chemical weapons will not be tolerated. Israel fully supports President Trump’s decision and hopes that this message of resolve in the face of the Assad regime’s horrific actions will resonate not only in Damascus, but in Tehran, Pyongyang and elsewhere,” Netanyahu stated.

Israel was among the US allies informed in advance of the American strike, Channel 2 TV reported.

“The American attack in Syria is an important, necessary and moral message by the free world, led by the United States, that the world will not tolerate the war crimes of the terror regime headed by Bashar Assad against innocent civilians,” Defense Minister Avigdor Liberman said.

“The update given to the IDF before the attack in Syria is further proof of the strength of the relationship and depth of the connection between Israel and its greatest ally, the United States,” he added.

“In the face of the terrible use of chemical weapons against innocent civilians, the clear and determined steps of the US Administration and Military under the leadership of President Trump, constitute a fitting and appropriate response to such unthinkable brutality,” President Reuven Rivlin said in a statement.

“In acting as it has, the United States serves as an example to the entire free world, which must support any step required to bring the atrocities in Syria to an end.”

See also: Rivlin: Chemical attack is “a stain on all humanity”