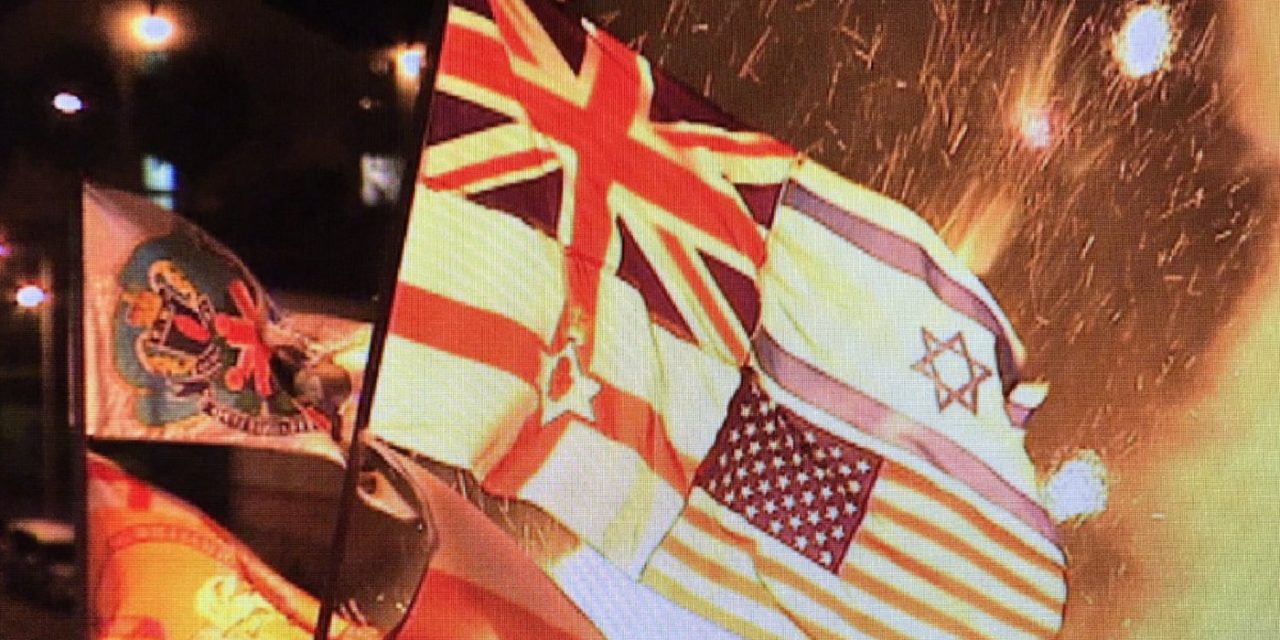 Israel flags were burned along with British, American and Ulster flags as well as poppy wreaths at a controversial bonfire in the Bogside area of Londonderry on Tuesday night.

Traditionally, bonfires are lit on 15 August in Londonderry each year to mark a Catholic feast day celebrating the assumption of the Virgin Mary into heaven.

In modern times the fire has become a source of contention and associated with anti-social behaviour. Many residents in the nationalist estate are opposed to the fire, which is built by local youths.

It came after disorder flared on Monday night as bonfire-builders attacked police and members of the public.

Police said those gathered at the controversial fire site threw rocks and stones at local people before targeting police with petrol bombs and other missiles. There were no reports of any injuries.

Bottles and stones thrown onto the walls. Crowd had to run for cover. Police clearing walls now #Derry @BelTel pic.twitter.com/1Hzyn4Li6w

“Once again poppy wreaths have appeared on the bonfire which is the ultimate offence caused to people right across the community.

“It is deeply offensive.”