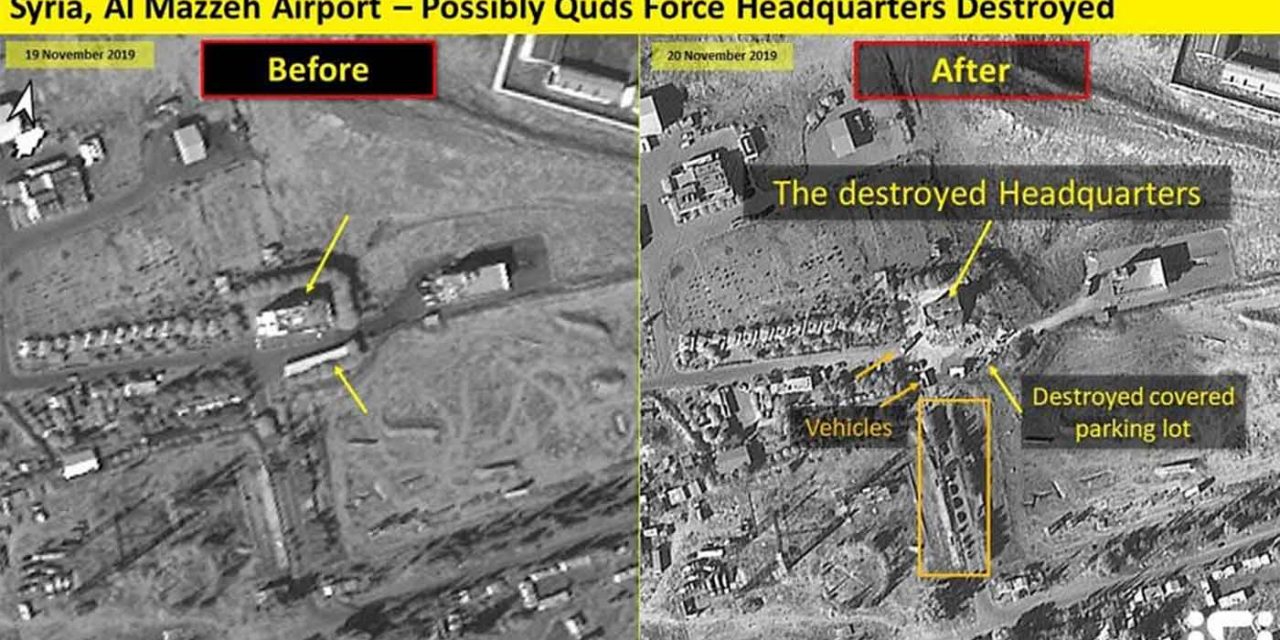 Israel destroyed what appeared to be the headquarters in Syria of Iran’s Islamic Revolutionary Guard Corps’ Quds Force on Tuesday, according to Satellite images released on Wednesday.

At least 16 of the 23 combatants killed in Israel’s predawn airstrikes in Syria were likely Iranians.

The strikes were in response to earlier attacks on Tuesday that set off warning sirens in northern Israel, sending residents scrambling for shelter.