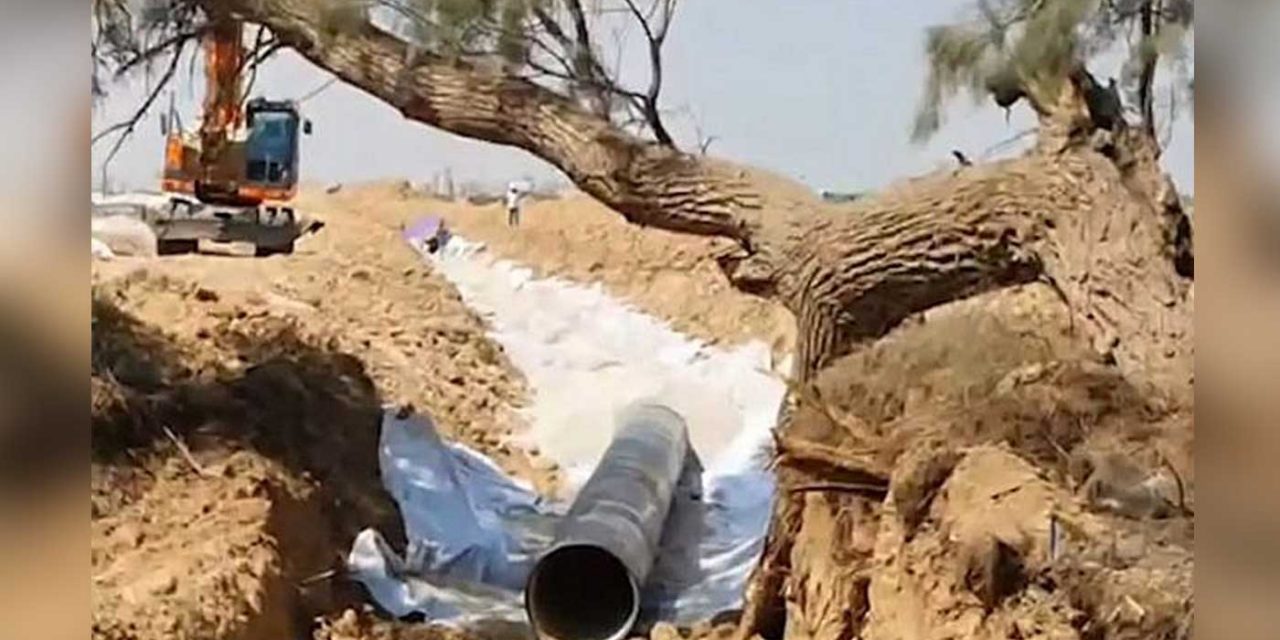 Israel’s national water company Mekorot has begun work on an upgraded pipeline to Gaza that will increase the flow of drinkable water into the territory.

The new pipeline will enter Gaza at its centre, crossing over from the Eshkol Regional Council in Israel to connect to the Strip’s water system.

The new pipeline will be the largest yet and will run alongside one of the old pipes and work in tandem with it.

Construction work began in recent days and is being conducted under heavy military guard out of fear that Gazan terror groups will open fire on the crews as the pipeline-laying work nears the border.

It may seem strange that Palestinian terrorists would target something which is being built to help the people of Gaza. Sadly, this is not uncommon. The only gas pipeline into Gaza was set on fire by Hamas terrorists three times last year, disrupting the flow of gas into the Strip and causing more misery for residents. Israel had to take the action to truck in emergency supplies. The reality is that Hamas does not care for its own people and is purposely keeping them in poverty. The world sees the poverty in Gaza and blames Israel, thus helping Hamas’s cause.

“Water is a basic thing. There’s an entire population in Gaza that doesn’t want war with Israel, and that population is the majority that is being controlled by Hamas,” one unidentified Israeli employee on the pipeline crew said.

“It’s a shame that’s the situation. Most of the people in Gaza are thirsty for water, but also hunger for a normal life and a better future for their children. They’re our neighbours, despite everything, and we can’t ignore what’s happening there.”

It is not immediately clear how much more water Israel can actually pump into Gaza, as the water infrastructure in the Strip itself has not been maintained by the territory’s Hamas rulers, and may collapse under the strain of a significant increase in the volume of water passing through it.