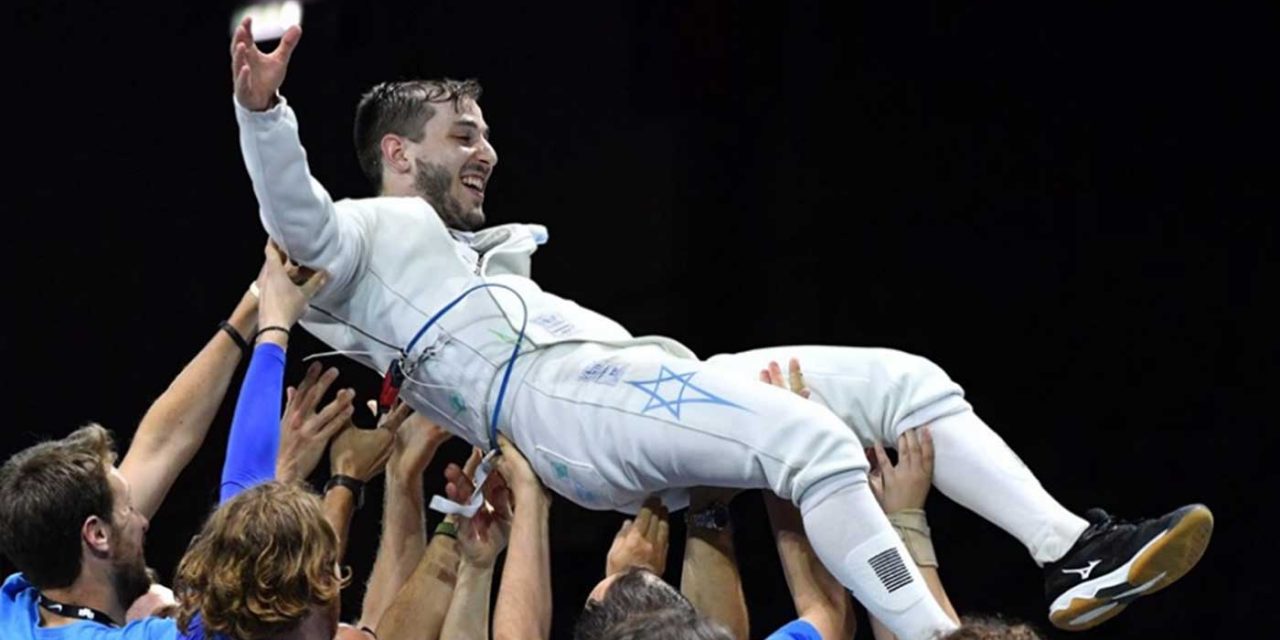 The two ended the first third of their fight in a tie at 3:3, but Freilich took the lead in the next two thirds and finished 15:9.

Freilich is the first Israeli fencer to win a European championship.

Freilich, 24, grew up in the Israeli town of Neve Daniel in Judea and Samaria (the so-called West Bank). He is the son of Australian immigrants and has been fencing since age 5. He won two gold medals in teen championships in 2014 and 2015 and a silver in the under-23 category in 2016.

“It’s the most incredible feeling,” he said in an interview posted to Facebook by the European Fencing Confederation.