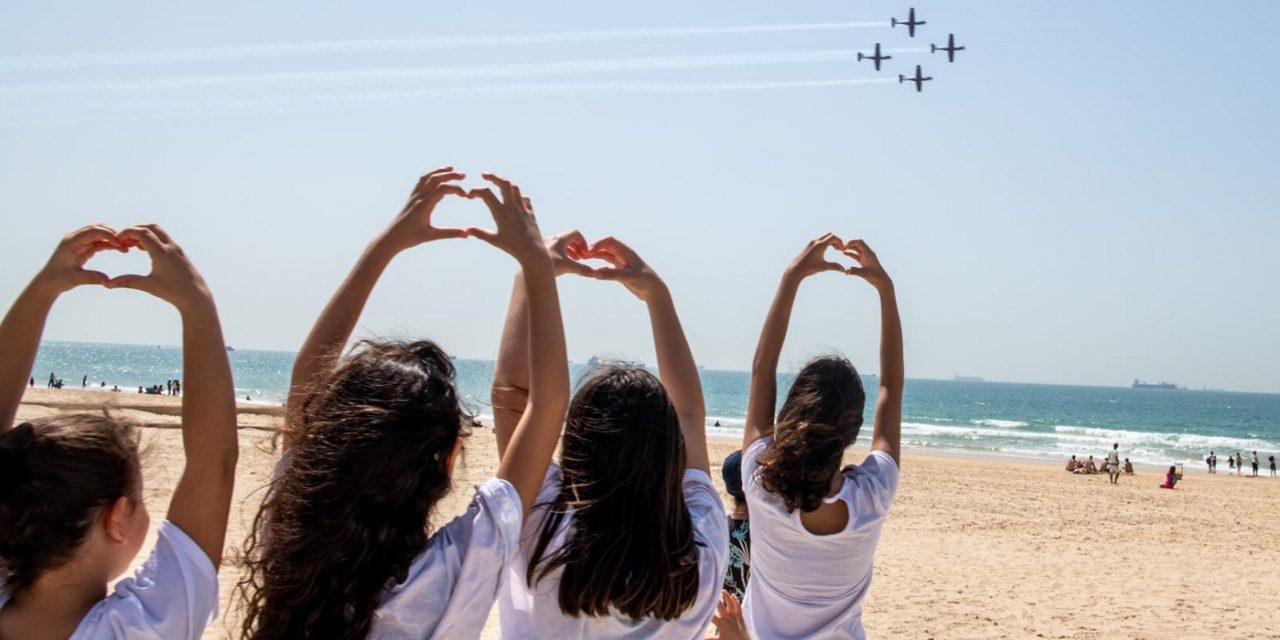 Israel Air Force fighter jets took to the skies of Israel on Thursday in celebration of its 73rd Independence Day amid a lifting of most COVID restrictions.

The annual flyover was limited last year due to the pandemic, but this time Israelis were permitted to observe. Members of the public were able to track the flyover’s exact course via a phone application. It was just one of the many activities that took place to mark the Jewish’s state gaining independence following the first Israel-Arab war.

Here are some of the best moments from today's nationwide flyover in salute to Israeli citizens.

We feel proud & honored to fly over Israel in celebration of Independence Day! pic.twitter.com/ptSMagPNHb

As dusk marked the end of Israel’s national day of mourning for its fallen soldiers and victims of terror on Tuesday, the country transitioned to jubilant celebrations for its 73rd Independence Day on Wednesday evening.

Today #Israel celebrates 73 years of independence according to the Jewish calendar: the 5thof Iyar (the fifth month). Last night we had the traditional ceremony on Mt. Herzl in Jerusalem, where soldiers parade into symbols.#IsraelAt73 @IsraelMFA @RwandaMFA @IDF@UrugwiroVillage pic.twitter.com/oRbW8EoTWm

Israel’s most prominent public figures gathered at Mount Herzl in Jerusalem to usher in the holiday. The festivities opened with a torch-lighting ceremony honoring health care professionals who put their lives on the line to treat COVID-19 patients for nearly a year.

Cities, towns, and villages across the country marked Israel’s 73rd birthday with fireworks and live entertainment, with many featuring the Jewish state’s top singers and performers.

73, vaccinated and ready to party 😜

To mark Israel's 73rd Independence Day, cities around the 🌏 lit iconic structures & major government buildings in the colors of the Israeli flag.

Thank you to our friends around the world for celebrating #Israel73 with us!