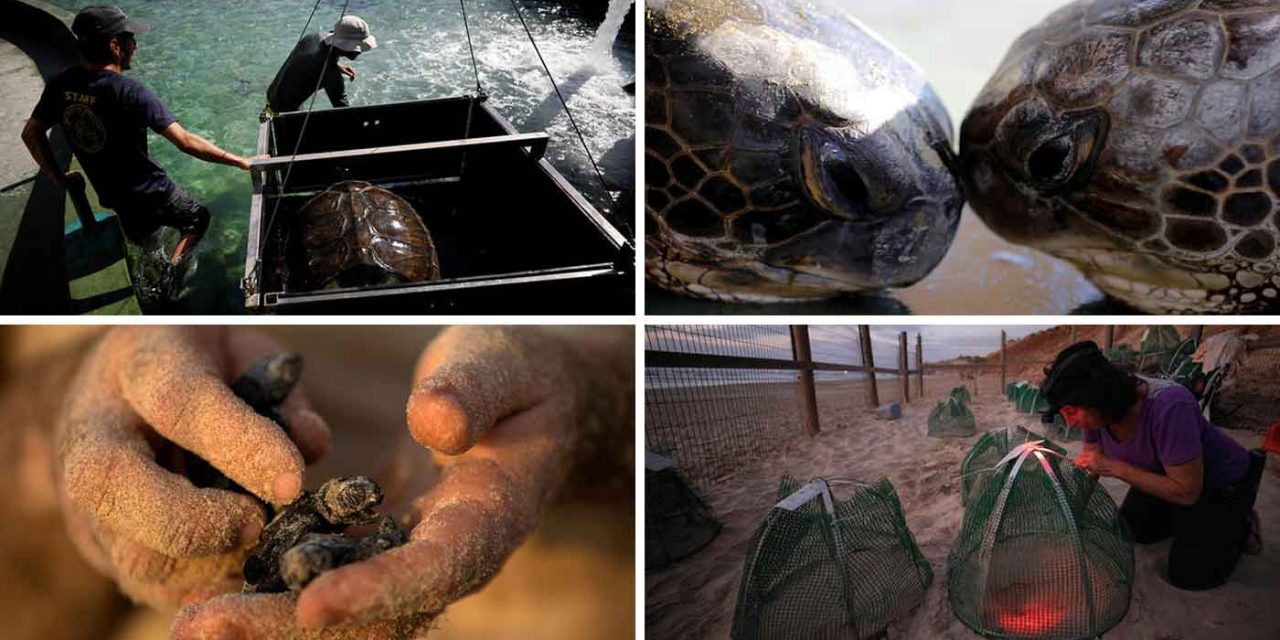 MIKHMORET – On a Mediterranean beach in central Israel, a newly-hatched baby turtle fumbles along the sand, making its way to the sea for the very first time.

The hatchling, one of 60 to be released into the wild this week, is part of a unique conservation program run by the Israeli Sea Turtle Rescue Center.

The center is based at Moshav Mikhmoret, some 35km north of Tel Aviv.

Among other hazards, they are threatened by hunting, human encroachment on the beaches where they nest, and pollution of their feeding grounds offshore.

According to the rescue center, only about 20 female green turtles nest along Israel’s Mediterranean coast during a breeding season that usually lasts from May until August.

To help the turtle population, nature authorities have declared some beaches nature reserves and with the rescue centre have been relocating threatened turtle nests to safe hatcheries since the 1980s.

In 2002, the rescue center went a step further and began recruiting turtles for a special breeding stock that would one day help populate the sea with their offspring, in one of the world’s only such conservation programs.

The mating squad began to reach sexual maturity a few years ago and this year managed to breed, said the center’s manager, Yaniv Levi.

About 200 baby turtles are expected to hatch by the end of the breeding season.

“We’re only at the beginning, it’s the first year, and we expect that in the coming years we will be able to spawn 1,000 hatchlings a year,” Levi said.

Roderic Mast, the president of the Oceanic Society and co-chair of the IUCN-SSC Marine Turtle Specialist Group, said that releasing the hatchlings to the sea immediately was critical to their chances of survival.

“In terms of conservation, nothing is more important than protection of turtles and their habitats and behaviours in the wild,” Mast said in an email interview.