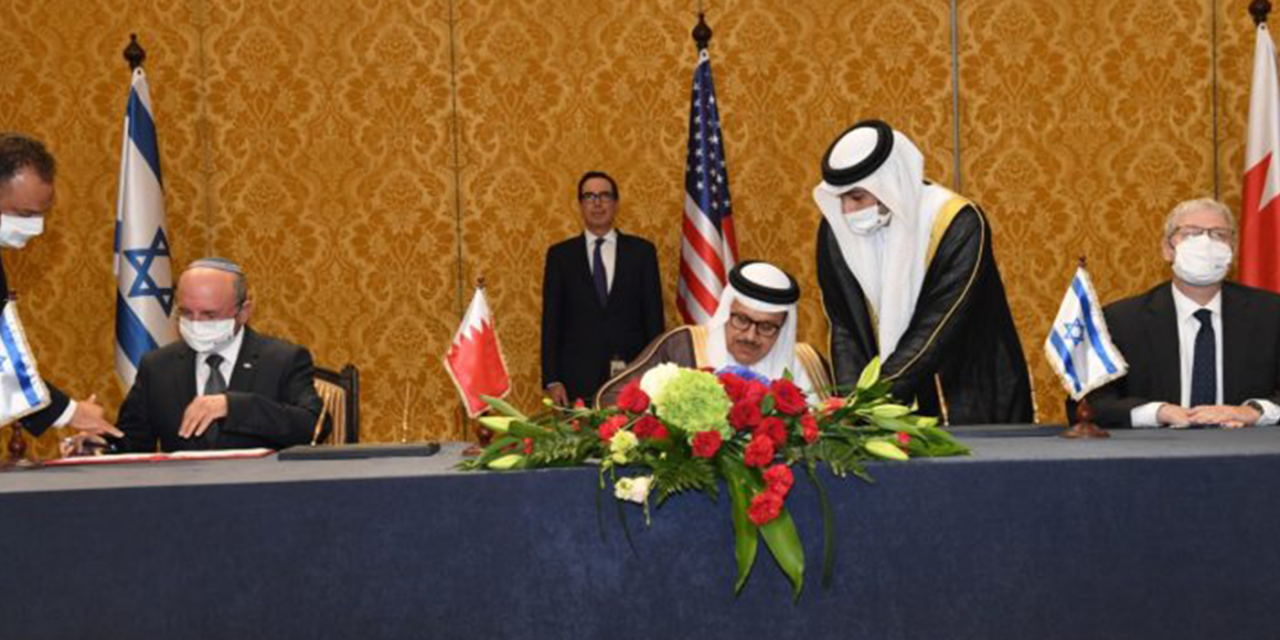 Israel and Bahrain signed an agreement on establishing diplomatic relations in Manama on Sunday, following on from the historic ceremony at the White House last month.

The ceremony took place in Manama where officials from Bahrain and Israel signed eight bilateral agreements, including a “Joint Communiqué on the establishment of diplomatic, peaceful, and friendly relations.” Other memorandums of understanding (MOU) were on visas, trade, agriculture, investments, direct flights, finance and investments.

The agreement was signed by Meir Ben-Shabbat, Israel’s National Security adviser, and Bahraini Foreign Minister Abdullatif bin Rashid Al-Zayani, who also took part in the signing of the Abraham Accords.

“We started the day as friends and we’re concluding it as family members — members of the family of Abraham,” said Ben-Shabbat.

“Today, we put in place the foundations through which we can reach this goal, establishing a practical framework to advance both our bilateral cooperation and our ongoing partnership our countries enjoy with the United States of America,” said Al-Zayani.

“My hope is that this visit marks another step forward on the road to a truly peaceful, secure, stable, and thriving Middle East, one in which all states, races and faiths resolve differences through dialogue and develop for our children a new reality of coexistence and prosperity,” he said.

The “joint communique on establishing peaceful and diplomatic relations” is an interim agreement on the path to a comprehensive peace treaty, paving the way for the two countries to open embassies and sign more cooperation agreements. Israeli officials are said to want to open their embassy in Bahrain before the end of the year.

1/2
The Israeli delegation in #Bahrain just signed agreements that lay the foundation for true peace.
A peace that will provide Israelis, Bahrainis and the people of the region, both present and future, a reality based on mutual endeavors and respect.

Treasury Secretary Steven Mnuchin and White House envoy Avi Berkowitz were in attendance at the signing.

“Today is just a first step for Israel, Bahrain and the U.S. and an important step for strengthening stability in the region. We have a big opportunity in security, in trade, in travel and in many other fields,” Mnuchin said.

The US and Israeli delegations flew to Manama together on the first direct flight of an Israeli airliner to Bahrain — El Al Flight 973, a reference to Bahrain’s telephone code, according to Axios.