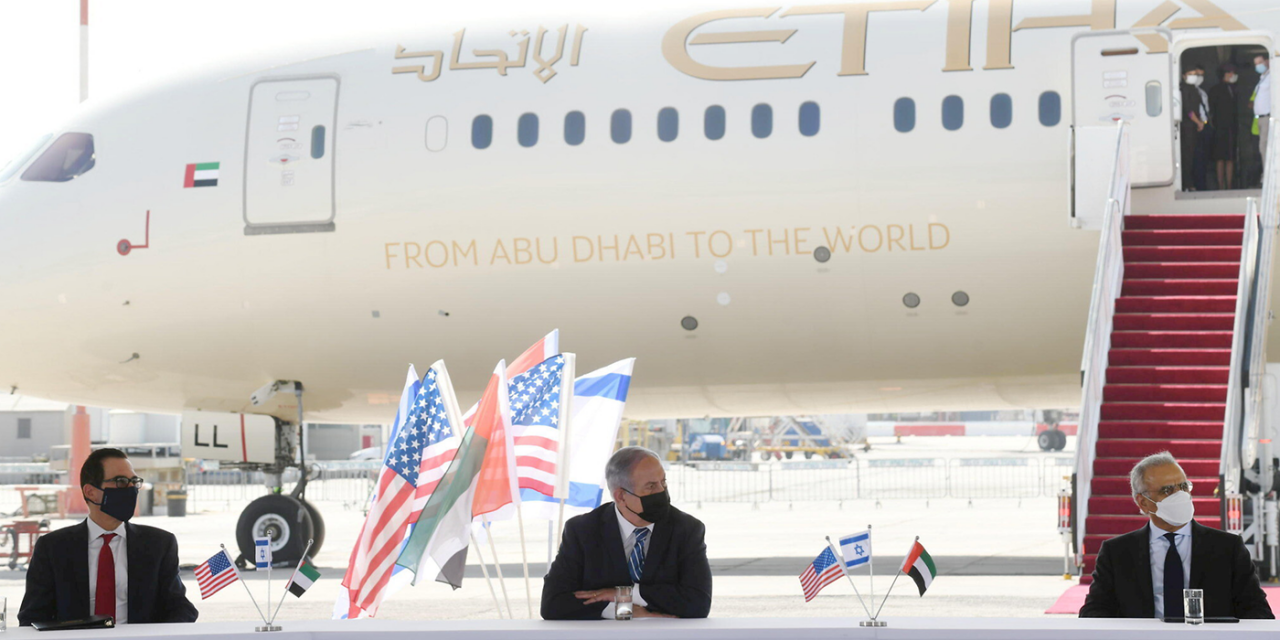 In another major milestone for Israel-Gulf relations, a delegation of senior United Arab Emirates officials arrived in Tel Aviv on Tuesday for a series of meetings with their Israeli counterparts.

After landing, the UAE delegation, headed by the ministers of the economy and finance and two deputy ministers, signed four bilateral agreements with Israel, including a visa waiver agreement.

During the welcoming ceremony ant Ben-Gurion Airport, the United States, Israel and the UAE also announced the creation of a trilateral fund seeking to foster regional cooperation and prosperity.

“Today we are making history,” Prime Minister Benjamin Netanyahu declared minutes after the Etihad plane landed in Tel Aviv. “The enthusiasm for this peace agreement among our people is enormous. It’s real, it’s broad, it’s deep, and it reflects the potential that is realized today.”

Netanyahu listed the four agreements Jerusalem and Abu Dhabi had agreed to sign — including on aviation and taxation — vowing that they will bring many benefits to the people of both countries, including regular direct flights.

“The visit of such a high-level delegation from the UAE, and the agreements we are about to sign, will show our peoples, the region and the entire world the benefit of having friendly, peaceful, normal exchanges,” he said. “I believe that more and more governments across the Middle East understand, as we do here today, that we’re so much better off working together, as friends.”