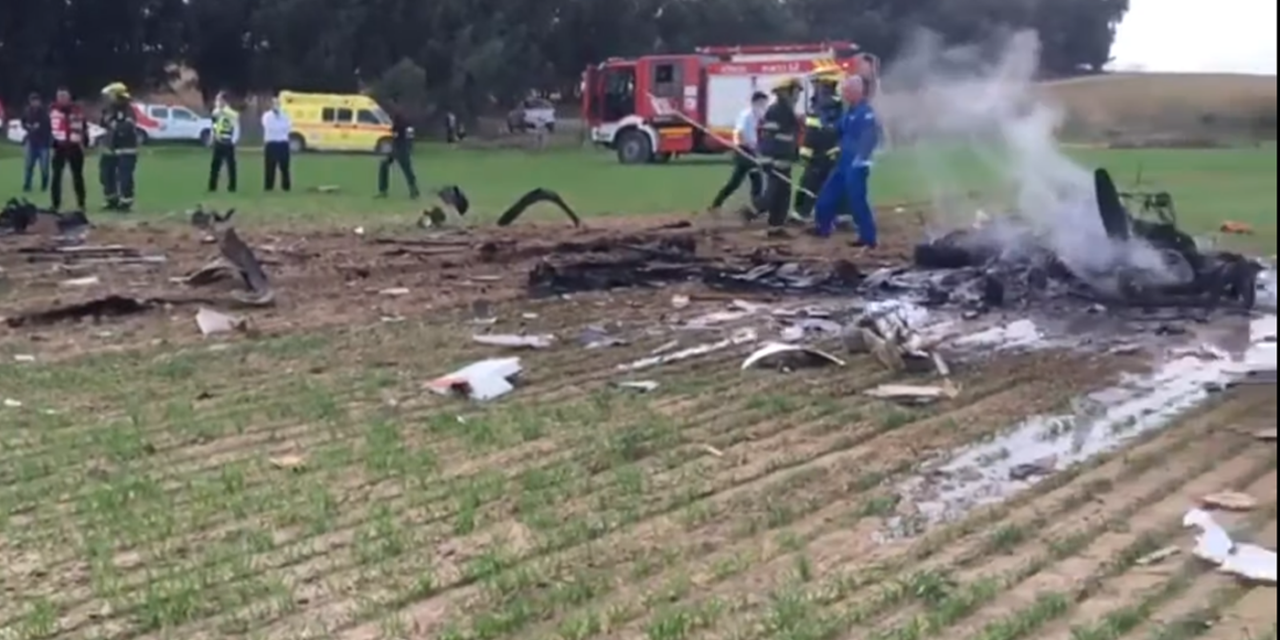 Two Israel Air Force personnel have died in a plane crash in Israel’s Negev near Mishmar Hanegev on Tuesday.

The two people were identified as an officer and a cadet in the Israel Air Force (IAF). The officer, who was the instructor for the flight, had served as the commander of an F-16 squadron until recently, while the cadet had been taking a pilot’s course over the past four months which included 15 hours of in-flight training.

IDF spokesman Tal Hedi Zilberman said contact with the plane was lost that the pilot did not have time to report the plane’s condition before the crash.

United Hatzalah volunteer EMT Yosef Abu J’apper who was one of the first responders at the scene relayed: “When I arrived at the scene I found two young men who sustained life-ending injuries due to their aircraft having crashed. Unfortunately, they were both pronounced dead at the scene.”

The aircraft which crashed was a ‘Tzukit’ Grob G 120 plane which is used to train trainees of a pilot course in the initial screening and training stages. The plane entered the IAF workforce in 2002.

IAF commander Amikam Norkin ordered the establishment of a team to investigate the incident. The team will be led by an officer with the rank of colonel or above.

This is not the first time such an incident has happened. In 2008, two people were killed when an IAF ‘Tzukit’ plane crashed in the Negev. The IDF said the cause of the crash on that occasion was pilot error.