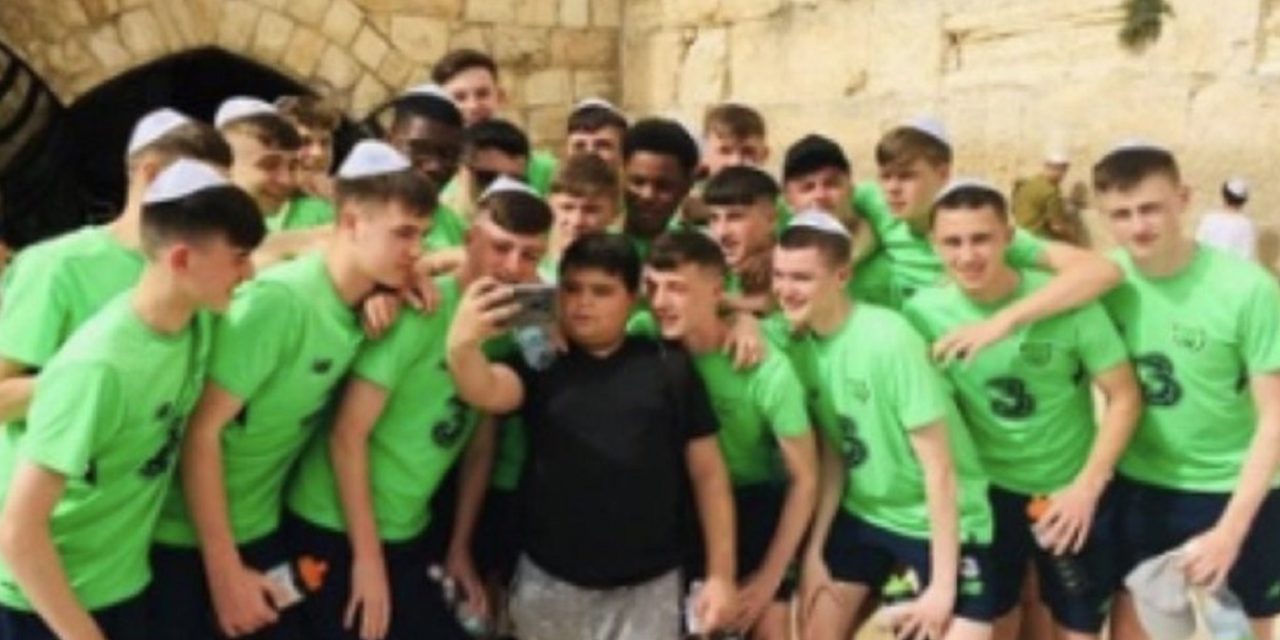 The Irish FA gave in to complaints fuelled by Jew-hatred by removing a Tweet of the national under 16s team pictured at the Western Wall.

The collage of photos of the young footballers enjoying their visit to the holiest site in Judaism and praying there was promptly deleted after an anti-Israel, anti-Semitic backlash, according to Irish Jewish Voice.

The Irish team is currently in Israel playing in a development tournament.

The original Tweet, posted on Thursday, read “IRLU16 are enjoying themselves in Israel! With two wins from two, players and staff took time out from the UEFA Development Tournament to pay a visit to the Western Wall in Jerusalem.”

#IRLU16 The @FAIreland posted this image on their FB page but due to the torrent of Israel and #JewHate that piled in promptly removed it.
So friends, you know what to do. RT the hell out of it. pic.twitter.com/DdnY2b5eMw